During my first year as a specialist in anaesthesia and intensive care, I was conducting a routine pre-anaesthetic check-up for a scheduled coronary artery bypass surgery. The patient, a male in his 60s, was a successful businessman whose genetic background and disorganised lifestyle had led to the development of severe coronary artery disease. I introduced myself and we had a long conversation about his risk factors, his medical history and the possible trajectory of his stay in intensive care following surgery. At the end of the discussion, after clarifying all the medical aspects of the next days, the patient addressed me a surprising question: “When is the leading anaesthesiolgist for my case coming to see me?”

My first thought was that I didn’t get the time to properly introduce myself, so I politely explained to him that I was the anaesthesiologist in charge of the case. Although trying to hide his disappointment, he replied: “I thought I misunderstood the first time, I was under the impression that the anaesthesiologist was going to be a man. All right then, let’s hope that everything is going to work out.”. I remember feeling a complete lack of control of the situation, as I imagined that his question about the leading anaesthesiologist was pointing in his conception to a presumed limited medical experience from my part and his need for reassurance – a situation for which in those days I always had an answer prepared – and not to the fact that he was more willingly able to place his trust in a male anaesthesiologist rather than a female anaesthesiologist. 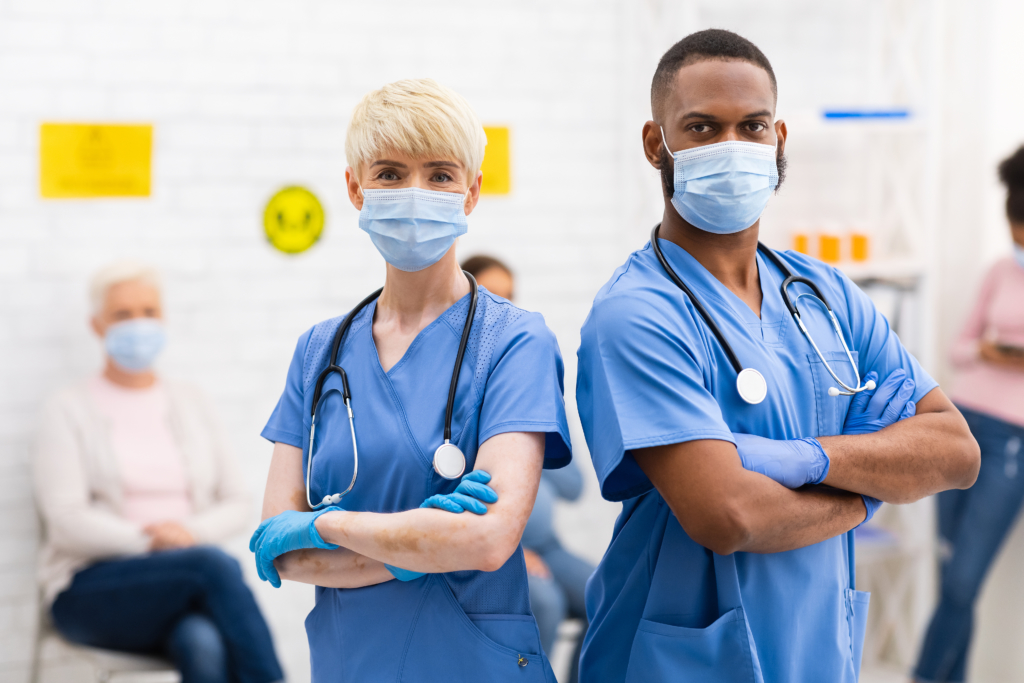 Stereotypes and prejudices are still present in both clinical and academical environment and can extend not only to gender but also to age, race, religion or nationality (1), resulting in different forms of discrimination. Some of these stereotypes, especially those regarding the differences in gender roles, are so deeply embedded in both patients’ and medical professionals’ minds that the unconscious bias results in an implicit attitude, motivation or assumption that can occur without one’s knowledge, control, or intention (2).

The perioperative team is comprised of a multitude of health-care professionals, whose collaboration is mandatory, regardless of personal affinities, prior experiences, personal beliefs, and emotional differences (3). Diversity in the workforce, both in the medical and non-medical field, is associated with improved organisational performance and improved outcome in healthcare (4). Diverse teams perform better, as their members bring different attitudes and perspectives to the care team, distinct tactics and unique solutions to solving problems and promote innovation (5).

Although gender parity was achieved in medical school admissions and graduation and the percentage of women physicians has rapidly increased during the last decades and in some countries surpasses the number of men physicians (more than 60% in Slovenia, Croatia, Romania and the Baltic States), gender disparity in most medical fields is still a reality when it comes to career progression, advancement, leadership roles and remuneration.

Neither gender parity nor equity has been achieved in anaesthesiology to date (6). Women represented 33% of Canadian anaesthesiologists and 32% of consultants in the UK in 2018 (6). For anaesthesia trainees, the proportion of women is 37% in the USA, 39% in Canada and 48% in the UK (7).

A survey published in 2019 (1) highlighted the fact that women anaesthesiologists perceived that surgeons, nurses, anaesthesiology colleagues and patients’ attitudes towards them were worse than those perceived by men anaesthesiologists. 44% of female responders reported workplace mistreatment because of their gender compared to only 7% of male responders. A possible explanation may be the fact that a commanding presence is regarded as characteristically male and undesirable in women in the same role. In the subgroup of lower-income country responders, women anaesthesiologists perceived better treatment from surgeons, patients, nurses and anaesthesiology colleagues. Another survey from the ESAIC (4) outlined the fact that more women than men work part-time (29% women versus 12% men), while more men than women are in the higher income range (38% men versus 27% women). Differences in working hours can be partially explained by women’ increased involvement in family responsibilities. Although differences in working hours and public versus private practice have an impact on income, other factors such as differences in negotiating skills, limited networking opportunities and gender-based differences may play a role. Such forms of conduct can have a negative effect not only on the self, including higher rates of burnout among women but also on the productivity and well-being of the team (1).

The lack of balance is more evident in positions of academic leadership. Women represent 18% of full professors and 10% of department chairs in academic anaesthesiology in the USA, 14% in the UK and 24% in Australia and New Zeeland (6). Despite an increase in the proportion of women anaesthesiologists over time, women remain under-represented in academic and leadership positions, honour awards and academic promotion (6). Academic women are less published, and invited less often to speak to congresses, to guidelines panels and editorial boards, and are less frequently awarded grants or recognition (8).

Traditionally, difficulties in women’ progression to leadership positions or high academic ranks have been attributed to certain traits and behaviours. Stereotypically, women are expected to be more empathic, emotional, submissive, dependent, involved in childrearing and household activities. Men are perceived as assertive, independent, strong, logical, career-oriented and therefore more suitable for leadership positions (9). Apart from cases of active discrimination against women, this unconscious bias can influence the decision of those who determine who to support, promote or mentor, but also the decision women make regarding their family responsibilities, career progression and their ability to assume or not a leadership position. In order to evaluate the anaesthesiologists’ motivation to advance their career into leadership positions and to identify potential barriers to advancement, the ESAIC conducted a survey amongst its members. Barriers to career promotion identified by women were primarily attributed to work-private time considerations (extra workload and less personal time – 84%, responsibility for the care of family – 65%, lack of part-time work opportunities – 67%, and the shift away from clinical work – 59%). Male respondents indicated the same barriers although the proportions were significantly lower. Considerations related to the partner (lack of support, career development of partner) were last on the list of variables reported by women as barriers. Importantly, many women noted deficiencies in leadership (68%), research education (55%), female role models (41%) and self-confidence (44%) (10). Childbearing and childcare concerns are common in women and are regarded as the toughest carrier barrier to overcome but balancing professional and personal life remains a challenge for both men and women. A local female role model can play a crucial role in shaping the leadership careers of female anaesthesiologists and addressing the common barriers. A senior male faculty member should also promote an education against gender imbalance (10).

The gender gap in healthcare will not disappear over the night. A cultural change, together with structural changes, mentorship and advocacy initiates are necessary in order to obtain better workplace environments with no discrimination and universal tolerance. Perhaps this is one of the greatest challenges that the Millennials’ generation will have to solve.

Read More of our Monthly newsletter.

Read More of our special newsletter covering our virtual congress.

gabriel gurman
The comment is actual and correct. This kind of incidents have happened in the past and I am sure that it would happen in the future. We are those who could decide what kind of anaesthesia is fittest to each patient, but from time to time there is a need to remind it.
11 months ago
Dr Koti.S.Rao
I joined in Anesthesiology in 1985 in India .At that time what I noticed was women anesthesiologists including professors were more commanding than male counterparts . I still remember an incident when we refered a patient to cardiology assessment ,The cardio not only cleared the patient but suggested GA. My professor promptly returned back the file to the concerned cardiologist who was a powerful man to come to OT and administer anesthesia. since then I noticed the number of women anesthesiologists increased leaps and bounds. Though i don't have accurate data its a fact.
12 months ago