Grab your Patient Safety eBook at a 50% discount!

This year we are again promoting the free Patient Safety eBook offer to all delegates to Euroanaesthesia. These books are extremely useful cognitive aids for use in the OR or ICU.

Below you will find a link the Leeuwin Press webpage. It will give all the information and the code to use to receive a 50% discount at the checkout.

You can find more information about the eBooks in this offer below.

There is a mountain of published literature on optimal management for many operating room crises, such as local anaesthetic systemic toxicity or cardiac arrhythmias. But despite this, even expert clinicians frequently omit or delay key actions, with detrimental impacts on patient morbidity and mortality. In the decade since the 2010 Helsinki Declaration on Patient Safety in Anaesthesiology, great strides have been made in the arena of cognitive aids to enable healthcare teams to deliver better care to our patients, during and peri-crisis. One of the first actions of the EBA/ESA Helsinki Declaration Implementation Task Force was to produce and promote a series of Crisis Checklists. Building upon the WHO Surgical Safety Checklist for normal workflow, which was highlighted in Helsinki, multiple groups globally have worked on emergency manuals, including development, simulation testing, clinical implementation studies and training resources.

The ACM has been both endorsed and extensively referenced by the European Society of Anaesthesiology and Intensive Care in the creation of their website based operating room crisis checklists, consistent with the goals of the 2010 Helsinki Declaration for Patient Safety in Anaesthesiology. It was ‘Highly Commended’ in the BMA 2012 Medical Book Awards and is endorsed by the Australian Society of Anaesthetists. 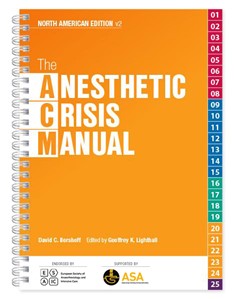 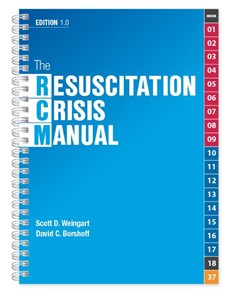 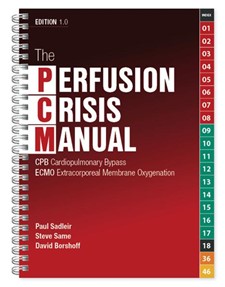