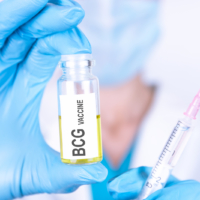 Chief editor note: We continue to publish scientific information related to the current Coronavirus pandemics, keeping our readers updated with the latest news on this topic.

Recently, some authors have suggested that Bacillus Calmette-Guérin (BCG) vaccination might be a factor that decreases the risk of infection caused by SARS-CoV-2 .1, 2 According to the results presented by investigators, in countries with a universal BCG vaccination policy, such as Japan and China, the risks of COVID-19 morbidity and mortality are low in comparison with the risks in countries where a universal BCG vaccination policy was never implemented, such as Italy, the United States, and the Netherlands. Moreover, the authors presented experimental data that suggest that BCG vaccination improves immunity against coronavirus. According to this rationale, Australia, the Netherlands, Germany, and the United Kingdom are conducting vaccinations trials among healthcare workers to determine whether the BCG vaccine decreases morbidity and mortality rates associated with COVID-19.

The BCG vaccine is made from a weakened strain of tuberculosis (TB) bacteria, which after subcutaneous injection induces a potent CD8 T-cell response and triggers the immune system to protect against TB. However, the use of BCG vaccination for the prevention of SARS-CoV-2 infection raises biological, demographic, and socio-economic concerns. First, the rationale for and potential benefits of this approach should be carefully balanced against the risk of side effects. According to the literature, BCG vaccination may lead to systemic reactions, including lymphadenitis and disseminated BCG disease, in up to 3% of the population .3 Second, the conjecture that there is a causal relationship between BCG vaccination and decreased COVID-19 morbidity and mortality must be carefully examined. For this purpose, the perspective of Poland is especially valuable, because it is a central European country where a universal BCG-vaccination policy is still active three decades after economic and political transformation; and because in Poland, the spread of and mortality due to COVID-19 are much lower than in many other European regions. 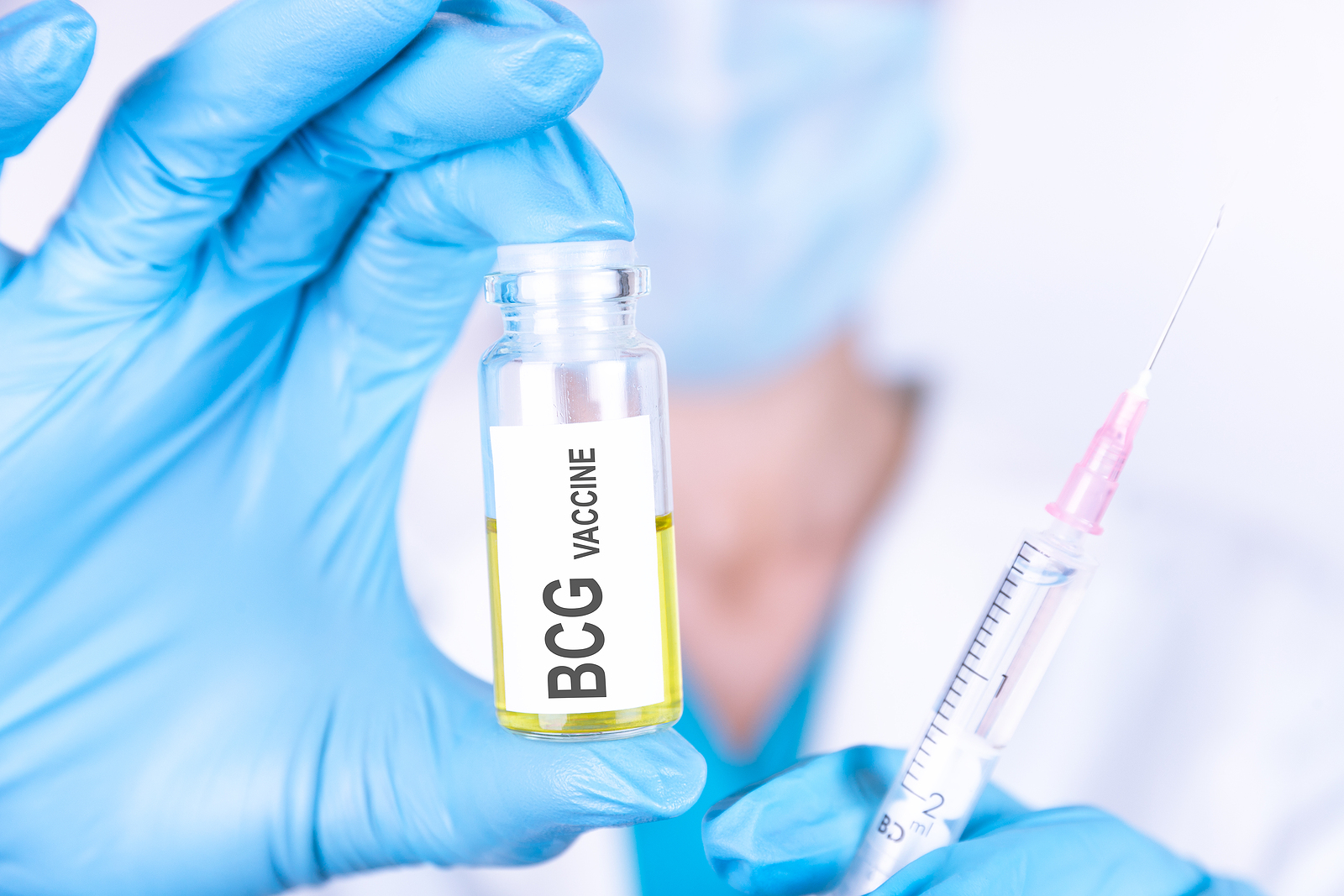 We believe that the hypothesis regarding the causal relationship between BCG vaccination and decreased morbidity and mortality observed in China and central and eastern European countries in comparison to western European states may be an accidental association. Even if BCG vaccination is associated with improved immunity, this improvement in immunity could be part of a broader hypothesis, namely that early repeated stimulation of human organisms by pathogens is protective against future infections. Microbial exposure in early childhood may play a key role in allowing the immune system to develop protective responses against future pathogens. The prevalence in a particular country of Helicobacter pylori may serve as an indicator of early immune stimulation. In Poland, H. pylori epidemiology in the general population remains relatively high (66.6%) in comparison to Germany and the UK (35.3% and 35.5%, respectively) .4 We should not underestimate the role of repeated bacterial stimulation, including stimulation by H. pylori, in the process of maturation of the cellular immune system CD-8 prior to viral infection .5 We hypothesize that it is not BCG vaccination, but rather early childhood exposure to infections, that is more associated with the enhanced response of the immune system to SARS-CoV-2 infection.

Moreover, to support our hypothesis, some evidence suggests that the risk of allergies and atopy is higher in more developed countries. Allergies and atopy are caused when the immune system is stimulated not by pathogens, but only by foreign proteins (allergens). Studies from the last decade of the previous century showed a considerable difference between West and East Germany with regard to the number of allergies. People born in the West after 1960 had up to a 150% increase in the postwar rate of atopy .6 There might be a significant association between the observed difference in COVID-19 severity in the West and the East (lower in the East) and their rates of atopy

Although biological aspects are essential considerations in the COVID-19 outbreak, socio-economic aspects could be even more important. According to the World Bank data (https://datahelpdesk.worldbank.org/knowledgebase/articles/906519-worldbank-country-and-lending-groups) presented by Miller et al. ,1 Poland is classified as a high-income country; however, wages in Poland are significantly different from those in other developed nations. Because of the behavioural burden of the economic and political transformation period in central-eastern Europe, many social habits in Poland differ from those of the West. Results of a 2014 survey presented by the Polish Public Opinion Research Center showed that only about 2% of people in Poland eat regularly outside their homes (https://www.cbos.pl/SPISKOM.POL/2014/K_115_14.PDF). This statistic represents a huge difference in comparison to the United States, where approximately 60% of the population eat commonly outside their homes (https://news.gallup.com/poll/201710/americans-dining-frequency-little-changed-2008.aspx). As in the United States, many western Europeans dine-in bars and restaurants daily. According to statista.com, almost 12 million Germans eat in restaurants often. Interestingly, during the COVID-19 outbreak, restaurants and coffee houses were closed later in Italy than churches were, in some way showing the importance of dining institutions in the community. Poland’s borders were closed to foreigners earlier than restaurants were closed in Italy, even though Italy was the first source of the pandemic in Europe.

The ageing of the population in the majority of developed countries is also relevant because of the higher risk of mortality in elders from COVID-19. The median age in Poland is 39.4 years, in comparison to Italy and Germany, where it is 45 and 46.3, respectively. Moreover, the proportion of the population over 65 years old in Poland is rather low (15%) in comparison to that of Italy and Germany (22.1% and 21.7%, respectively). Hence, the number of nursing home beds is higher in western Europe. Approximately 70 thousand beds are available in Poland (38 million citizens), but 642 thousand in France and 548 thousand in the UK (67 and 66 million citizens, respectively) (https://gateway.euro.who.int/en/hfa-explorer/#fDgBcquLtK). When COVID-19 occurs in such facilities, which has happened in many places, the mortality ratio is very high.

The last issue we found relevant to the rate of the spread of COVID-19 concerns democracy, respect for rules, and personal freedom. Here in Poland, most institutions and even country borders were closed when the first cases of COVID-19 were identified. From the early days of the pandemic, visiting parks, forests, or other recreational areas, as well as travelling without an important reason, was not allowed. Students moved out of dormitories to prepare these places for quarantine. Moreover, public transportation between cities was cancelled. Similar actions were carried out in the Czech Republic and Slovakia, and in each of these countries, deaths due to COVID-19 did not exceed several hundred. In our opinion, in more mature democratic nations, these actions are not as easy to carry out and take a longer time, and public debate over them is essential. However, due to these rapid and severe administrative operations, the spread of COVID-19 was significantly reduced.

To conclude, BCG vaccination might have played some role in the alleviation of the COVID-19 outbreak, but its role may be overestimated. In most countries with a universal BCG vaccination policy, the threat of TB is real and associated with a higher overall chance of microbial exposure. Medical policymakers should carefully assess the risk and benefits of BCG vaccination and ensure that the standard of evidence is met.

Visit our Euroanaesthesia 2020 Website for more news on everything related to the virtual congress.