> News > Newsletter October 2022: Cricoid pressure in rapid sequence induction: Is it time to release the pressure?
Been read
942
Replies 9

“Are you pro or against cricoid pressure?” This was the exact question in a short debate among colleagues during our theatre tea break. 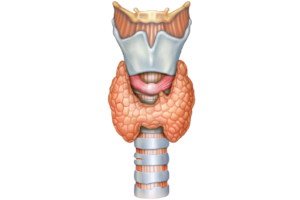 Sellick first demonstrated cricoid pressure in cadavers to prevent reflux of gastric content from reaching the pharynx in a small case series in 1960¹. He later reported applying this technique in 26 high-risk patients, of which he found 23 patients did not report regurgitation before, during or after intubation. Three of his patients had regurgitation upon release of cricoid pressure. He published his findings in The Lancet, which subsequently received recognition worldwide. It was rapidly included as “standard of care” for rapid sequence induction (RSI). This manoeuvre was even given its name after him – The Sellick manoeuvre.

Fast forward 6 decades since its introduction, the evidence-based recommendation to apply cricoid pressure to prevent gastric regurgitation and aspiration remained at level 4 (evidence based on case series) and Grade D recommendation (weak evidence and practice with caution). Many anaesthetists advocate the abandonment of cricoid pressure, but some are still holding on it, due to fear of aspiration in patient. The 2015 guidelines of management of unanticipated difficult intubation in adults from the Difficult Airway Society still recommend cricoid pressure as routine standard practice², but some professional associations are moving away from that in recent years. Clinical practice guidelines from the Scandanavian Society of Anaesthesia and Intensive Care in 2010 no longer recommend cricoid pressure as mandatory but can be used with individual judgement³. The European Resuscitation Council removed cricoid pressure as routine practice in RSI. If cricoid pressure is used it should be adjusted, relaxed or released if it impedes ventilation/intubation₄⁴. Germany was one of the first countries to design national guidelines on airway management in 2004. In 2015, the German society of Anaesthesia and Intensive Care revised its recommendation to omit cricoid pressure after weighing up the potential risks vs benefits⁵. However, none of the guidelines adopts a firm policy to remove cricoid pressure completely. In other words, do it at your own risk and judgement because the evidence is weak.

Why it makes sense historically but in the modern day?

Looking back in his publication, there was a good reason why Sellick designed this technique to avoid gastric reflux during intubation. From his original description, Sellick used cricoid pressure with manual ventilation before securing the airway because it was the “standard practice” in his time. It was not until 1964 both Wylie and Stevens proposed that ventilation should be delayed until tracheal intubation is completed. Sellick made a good initiative by modifying the technique of anaesthesia in his time but this practice based on initial small case series 60 years ago no longer fits well in 21st century. Many raised questions in his technique with concerns of more harm than good done to the patient. Sellick positioned his patients in Trendelenburg position to clearly demonstrate regurgitation if present, this obviously is not the standard practice in current day. The lack of information on method of anaesthesia and the force of cricoid pressure used by Sellick remained questionable. How closely can we relate the lower sphincter and intragastric pressure from cadaveric study to real patients remained unknown. After all, the dynamic process of sphincter tone and gastric pressure in real patient is hard to replicate in the non-responsive tissue of the cadaver. Many narrative reviews, correspondence, randomised control trials and systemic review have shown that cricoid pressure is not effective in preventing aspiration, so is it time to let go of your pressure?

Why cricoid pressure is not effective all the time?

Reports have shown that regurgitation can still occur despite cricoid pressure being applied correctly⁷. One of the reasons is because cricoid cartilage and oesophagus is not aligned directly in some people. Smith et al⁹. reported in his paper that one-half of the volunteer have their oesophagus displaced laterally in MRI/CT imaging in normal circumstances, so cricoid pressure further displaced the oesophagus in 90.5% of subjects, to the left in 69.4% and to the right in 21.1%. This lateral displacement of the oesophagus often results in ineffective cricoid pressure.

Many anaesthetists failed to generate correct cricoid pressure reliably. The statement “cricoid pressure should be applied at force of 10N when patient is awake and increase to 30N when asleep” is often easy enough to comprehend but difficult to perform correctly. In one simulation experience done by experienced operator⁹, out of 114 attempts of target force 30N cricoid pressure, only 15 (13%) was successful, and 35 (31%) fall in the range of 25-35N. This adds to 44% in total. It also means when cricoid pressure is applied, 56% of the time, we are not getting even close to an acceptable range of 25-35N. That is not surprising if the outcome is even more inconsistent when it comes to a real patient with variable neck anatomy. This shows how universally we are aware of how much force to apply for cricoid pressure but how inaccurate it can be in reality. “The art of firm pressure on cricoid” takes more than just the operator’s finger and more than a few seconds of education. It involves multiple education, training, simulation and repeat until we achieve satisfying consistency. Although the quality and accuracy of cricoid pressure improve following education and training, it is still almost impossible for human subjects to achieve pre-defined proficiency of cricoid pressure from one study¹⁰.

We need stronger evidence before we decide to continue.

For cricoid pressure to be effective and safe, it takes more than just achieving accurate pre-fixed tension. It depends on the patient factor and the person who is performing intubation. To reliably perform this study required many standardisation factors, to make the comparison between 2 groups of patients with or without cricoid pressure while ignoring the other factors is difficult to make a meaningful interpretation and conclusion. Many anaesthetists used force of 30N for cricoid pressure, but is it really safe to use 30N to everyone in general? Should we use higher pressure in a patient with obesity with a thick neck? Similarly, should we use lower pressure among low BMI and paediatric age groups? Should we use lesser force if the presence of nasogastric tube in patient, or patient with head-up position?

Looking at the current evidence, if cricoid pressure is not proven to be effective in preventing aspiration but likely results in more complications, then guidelines should be firm in its phrase, rather than leaving 2 minds. After all, we as clinicians always refer to respective guidelines for good clinical practice. Not only that, clinical guidelines often have medico-legal implications.