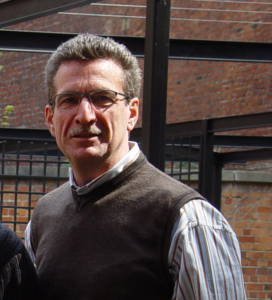 John Popovich, the first Executive Director of the original ESA (European Society of Anaesthesiologists), died suddenly early in the morning on 5 September 2021, aged 71 years. John was born and brought up in the USA but spent his whole working life in various European countries, becoming fluent in French, Dutch, Italian and German working for a variety of businesses, including several which sold medical equipment.

The ESA was administered initially in the Anaesthesiology Department of the then ESA Secretariat in Brussels and coped well with the management of members, the Board and Committees under his direct supervision, although management of the annual Congress was outsourced to professional conference organisers. However, in early 1998, the host institution decreed that the Secretariat must leave the hospital premises. A small office in Brussels was rented and the three secretarial staff were required to work without direct supervision. This proved to be unsatisfactory and the Board decided that a proper office manager must be recruited.

On a Friday morning in late 1998, the ESA Board met at the Hilton Hotel at Brussels Airport to interview three candidates. There was a unanimous decision that John Popovich should be offered the post, and he accepted by telephone. We invited him to the Board meeting on the Saturday morning and he agreed to attend, in effect starting the job immediately!

John dealt effectively with early problems with the staff. He also discovered that the use of the professional conference organisers represented poor value for money and recommended that the ESA should recruit staff to organise the annual Congress directly. This meant that a larger office space was required.

John found a derelict but formerly beautiful building from the early 20th century which had been reduced to an empty shell. To many members of the Board of Directors, resurrection of this building seemed an impossible and unaffordable task. However, John and the then Treasurer, Azriel Perel, had the artistic vision to see how marvellous the end result could be. John worked closely with the architect, maintaining the original character of the building but incorporating glass walls on the ground floor to ensure that sufficient light illuminated the ground floor offices. Marble was sourced from the original quarry to replace the elegant pillars and stairs, and the original stained glass windows from the first floor atrium were discovered in a bank vault. John obtained a generous grant from the Brussels authorities, making the project affordable for the ESA. He toured auction houses seeking furniture and fittings appropriate to the character of the property. A large meeting room was built for Board and Committee meetings and a residential floor was incorporated to reduce city taxes. This property, of course, continues to be the ESAIC headquarters at 24 Rue des Comédiens in central Brussels.

John was very experienced and acted as a great source of wisdom for the Board and Committees.  He was totally loyal to the Society. He developed an efficient internal system to manage the annual Congress, which always ran smoothly thanks to the work of John and his staff.

John’s wisdom and advice were crucial to the Board’s handling of negotiations with the EAA and CENSA over several years. Agreement was finally achieved for an amalgamation of the functions of the three organisations and the new European Society of Anaesthesiology came into existence in 2005 based in the Rue des Comédiens property with a new Committee structure to incorporate the functions of the EAA and CENSA. The EDA and EJA were absorbed into the Organisation. The Impact Factor of the EJA has since increased greatly to become one of the leading anaesthesiology journals in the world. The EDA has also increased in scope, strength and importance; at the most recent sitting of the Part 1 ESAIC examination, there were approximately 3000 candidates from 85 centres worldwide.

John retired from the ESA shortly after the amalgamation and settled in charming villages in Provence where he ran a bed and breakfast business during the summer season, primarily because he enjoyed the range of international guests, many of whom he found intellectually fascinating. I know from personal experience that he was an excellent host with a ready wit and amazing anecdotes. It was always fun to be with him.

John will be greatly missed by his family, close friends, of whom I am proud to have been one of many, and by all those who knew or worked with him. Without John’s input, the ESAIC would not be the respected organisation it represents today.

Kurt Vermeersch
Dear Alan, I am very sorry to read that John has passed away. I had the pleasure of working for/with him during about two years when I worked as an operator at COBE Intl., which is specialized in openheart surgery machines and dyalising devices. I have no idea if this firm is still in Zaventem or no, it's been too long ago. My epilepsy was reason for rupture of my contract :-( I am sorry to say, but I understood, where I was, as an operator, there was ALWAYS someone needed. And John, had a good and sympathetic way of putting it. Well, finally, I found a job with Proximus (first GSM, now both GSM &amp; landlines) and I think the experience I had with COBE helped me ahead. So I have to say : THANK YOU, JOHN, THANK YOU, YOU WILL BE MISSED ! !
3 days ago