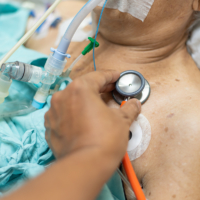 > News > Newsletter October 2020: Editorial – Ethical principles and the new reality – is there any conflict?
Been read
264
Replies 2

We are living an unusual and very demanding period.

The first question to be asked is whether the pandemic catastrophe found us, the physicians and healthcare authorities, unprepared. It seems that the answer is different from one country to another. For instance, some six years ago, long before the current epidemics, a bunch of American legal specialists created a document which proposed a series of preparatory measures, to be used in case of national disasters, among them the acceptance of a triage policy based on chances of survival and triage protocols, which would replace the clinical decision support systems (1).

But it seems that in most countries the current pandemics found the healthcare system surprised by a catastrophe of such magnitude.

This is the explanation for the numerous papers published in the last 6 months, all trying to find a solution, not to the required modalities of treatment (well known by all those involved in acute care), but to the controversial ethical aspects related to dealing with the discrepancy between the existent-and insufficient-infrastructure and the continuous waves of critically ill patients reaching the hospitals.

Nobody working in the critical care domain would be surprised by the fact that the current pandemics uncovered a situation characterised by limited resources. In many countries, the number of intensive care (ICU) beds, ventilators, monitors, ECMO machines, or even the amount of personal protective equipment, all were far from being enough to successfully face the increasing percentage of severe cases being brought to the emergency room of each hospital.

Interestingly enough, the number of ICU beds was found not be satisfactory, even in the situation in which elective surgery was postponed, and the number of traffic and work accidents requiring ICU decreased dramatically due to the quarantine imposed by authorities.

But above everything, the shortage of specialised workforce became evident from the very first weeks. The number of ICU physicians and nurses, and also (or mainly) respiratory therapists was far from being adequate to cover all the 24-hour-a-day necessities. For instance, which hospitals could fulfil the California law requirements of one respiratory therapist for every four ventilated patients (2)?!

The usual lack of personnel is currently aggravated by the fact that the COVID-19 pandemic affects the availability of trained staff, too,  since doctors and nurses could themselves be ill or quarantined.

The confrontation became evident because of a situation defined as “lack of staff, stuff, space and systems” (3).

So, the paucity of resources imposes a discussion about the ethical principles to be applied in each hospital every day.

And this is the origin of contradictory positions. 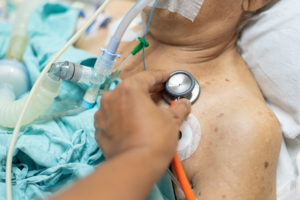 Some of the well-known ethical preconceptions could not be taken into consideration these days, for instance, that of “first come first serve”.  This rather understandable attitude, of offering treatment to that patient who reached the hospital before others, is no longer useful today.

The literature speaks about “maximising benefits”, in other words saving the patients with the presumptive most life-years survival chances. The “sickest first” principle could be invoked only when it aligns with maximising benefits (2). Medical decisions no longer can be made solely patient-by-patient because of the inherent competition for scarce resources (4).

So, to whom we are obliged to offer priority and maximum treatment?

Emanuel’s recent article (2) includes a series of recommendations, which should be taken into consideration.

The first one is based on the principle of maximising benefits: “People who are sick but could recover if treated are given priority over those who are unlikely to recover even if treated….” It means that comorbidity could play an essential role when one is obliged to offer a bed, or a ventilator when the demand for ICU beds exceeds the number available.

More than this, the same paper proposes that “removing a patient from a ventilator or an ICU bed to provide it to others in need is also justifiable…..”

The word hidden behind this sentence is withdrawal, an ethical concept not universally accepted. Besides, how could you explain to the patient and/or the family that the decision to shorten one’s life was taken to preserve the life of another person?

The second recommendation refers to the priority of the front-line healthcare workers, not only because they could get the disease while treating patients, but also because they are badly needed for keeping the ICU functional, once they have recovered.

Also, priority must be offered to young patients, especially if they are completely free from coexisting conditions.

But what about the families of the healthcare workers, theoretically (but too often in reality) exposed to the danger of being in contact with somebody coming home after eight, twelve or twenty-four hours of continuous contact with patients with COVID-19 (5)?

So let us not avoid the word which better defines this kind of attitude: discrimination. Some people think that discrimination is bad when it is not justified. Still, one cannot ignore the possibility that the justification might be needed to be proved in court when the medical staff in charge of a patient who did not get full treatment could be accused of mistreatment and brought to justice.

If this is the situation, and since the future predicts the continuation of the pandemic beyond the end of this year, what could be done to improve our activity, but without jeopardising our own legal position?

Christian et al. (6) suggest the creation of triage protocols, accepted by the healthcare authorities and which could be defended in court.

On the other side, Bernat (4) demands a clear separation of administrative and medical roles. Let the administration decide upon the crisis standards which “would free physicians from making triage decisions, thereby allowing them to maintain the primacy of their ethical duty to care for their patients”.

This proposal could be very comfortable for us, the physicians. Still, it would be hazardous to leave the process of building up the necessary triage protocols and standards to people not involved in the daily practice of medicine.

I do not doubt that the current pandemic will completely change our usual thinking and our “classical” point of view.

But any change should be done by taking into consideration that above everything else, human lives are of equal value.

Visit our Euroanaesthesia 2020 Website for more news on everything related to the virtual congress.

Gabriel M. Gurman, chief editor
Thanks for your comment. 1.Yes, we provide written rules, ethical rules, but we do not offer them for a specific situation. We expect that our colleagues would know how to use them in accordance to each event's characteristics. 2.Indeed, the social pressure creates a rather difficult situation for the clinician, but we are supposed to know how to practice our profession without denying our help to any of the patients who are supposed to be taken care by us.
6 months ago
Magnin Claude
Choices are necessary to all steps in our lifes. Medical attitude is made of choice, all the time. Why do we doubt about our capacity of choice ? It comes because the reality is different from usual rules. The american president would never have been left for another patient, prooving the rules change depending on reality. Social favors are obvious even if not denounced! That is why we do not propose written rules because they would not be followed scrupulously.
6 months ago