> News > Newsletter May 2022: Clinical corner – Beyond ‘No trace = wrong place’. The complexity of capnography and ET tube placement.
Been read
440

Wallace Wattles, an American author once said, ‘It is essential to have good tools, but it is also essential that the tools should be used in the right way’. This quote couldn’t be more legitimate in describing our use of capnography in practice. The use of capnography is still far from universal and thorough understanding despite its first introduction in the United States in 1978. In one survey of 315 ICU units across the UK and the Republic of Ireland, less than half (32% to be exact) actually commit to the use of capnography for intubation and monitoring of patients on a ventilator(1). 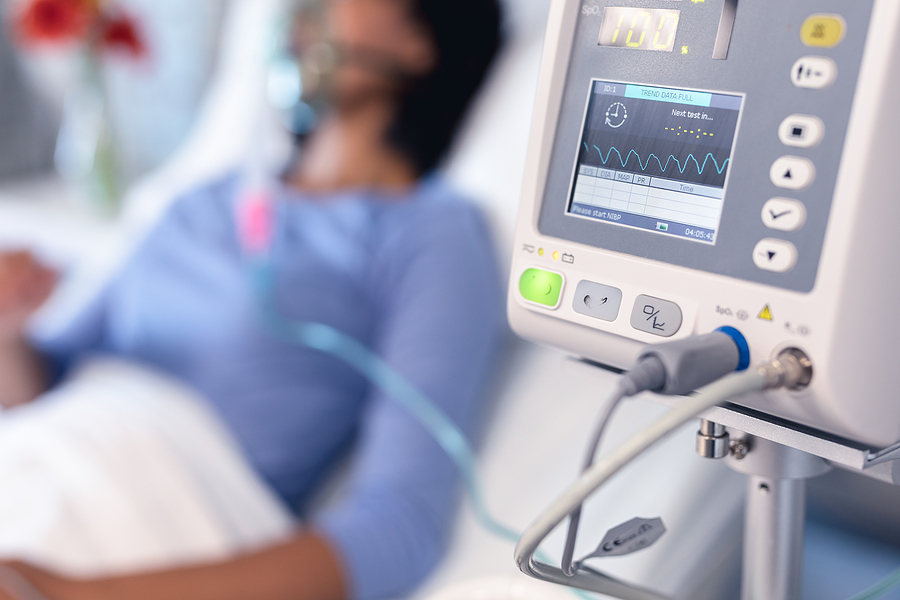 According to NAP4 Major Complications of Airway Management, the diagnosis of oesophageal intubation was hampered by the lack of capnography use. In NAP4 there was a total of 9 cases of unrecognised oesophageal intubation were reported. All outcomes were poor, leading to 6 deaths and 1 irreversible brain damage(2). It is also proven that clinicians, mostly anaesthetists, repeatedly fail to recognise that flat capnography indicates the absence of ventilation and a displaced ET tube. Zero trace capnography often being misinterpreted as the consequence of cardiac arrest, which is incorrect. When the ET tube is in the correct position with the presence of ventilation, the high CO2 in the pulmonary circulation will continue to diffuse, producing a low trace (4mmHg), unlike the totally zero traces seen in oesophageal intubation.

In the past, it was believed that capnography would not be able to accurately confirm the ET tube placement due to low CO2 diffusion in a low cardiac output state, like during cardiac arrest. This statement can be true with the use of colourimetric CO2devices due to the low sensitivity of the colour change in low CO2 concentration. However, replacing colourimetric with waveform capnography changes the situation completely. Waveform capnography has high sensitivity and specificity in the detection of oesophagal intubation(3). The 2010 International Consensus guidelines on cardiopulmonary resuscitation specifically mentioned the use of capnography to confirm advanced airway placement during CPR.

Since then, the Royal College of Anaesthestists and Difficult Airway Society launched the campaign ‘No trace = Wrong place’  to remind the anaesthetist to recheck tube placement to prevent oesophageal intubation from going undetected for a long period of time and the delay in correction leading to death.

A recent article ‘No trace, the wrong place does not mean positive trace, correct place’(4) written by Dr Pandit is particularly interesting. The author highlights the logical fallacy of reversing the slogan of ‘No trace = wrong place’. Truth be told, ‘No trace = wrong place‘ is a contra-negative statement. Assuming that ‘if not A = not B’ does not validate ‘if A = B’ true. This can relate to ‘Positive trace does not always mean right place’ as there are outliers in an area of ambiguity.

What is the outlier that the tube can be in ‘right place but no trace’, or ‘wrong place but with trace’?

Dr Pundit further explained that correct placement can be defined anatomically (tracheal vs non-tracheal) or physiologically (alveolar ventilation vs non-ventilation). An anatomically ‘correct’ placement could be physiologically ‘wrong ‘if without alveolar ventilation (such as tracheo-oesophageal fistula or inadequate tidal volume generation). This condition together with faulty capnography, tube blockage or leakage will fall under the blue outlier umbrella in Figure 1.

Oesophageal intubation can also fall under a scenario of ‘positive trace + wrong place’ (red outlier) by false-positive capnography if the patient has recently ingested a carbonated drink prior to intubation. No one can quantify the amount of carbonated drink that needs to be ingested to produce a false positive result but it was reported in a trial of the high sensitivity of capnometer to detect ETCO2 after carbonated drink was 100% (cuff tube) and 67% (cuff + uncuff tube)(1).

A displaced ET tube either too deep into the endobronchial or too shallow in the upper airway could produce a trace despite being in the wrong position. Endobronchial intubation will result in a biphasic capnography wave whereas an ET tube that is situated in the upper airway in a spontaneously breathing patient could produce a minimal trace of ETCO2 as well. Migration of the tube is common especially during chest compression despite a well-secured ET tube although a tube holder fixation method reported less shift than other types of fixation (durapore/multipore) in one study(2). Despite a tightly secured ET tube, the position of the tube in the trachea could change still due to the physiological ‘to and fro’ movement of the trachea. Herway and Benumof described this as ‘tracheal accordion’(3). Tracheal accordion occurs due to dynamic changes (anaesthesia, tredelenburg position, during CPR) causing the trachea to act as the musical instrument accordion, increasing and decreasing its length that eventually alters the position of the tube. This might play a role although its significance of it remains unclear.

The suspension of NHS to include unintended oesophagal intubation in ‘Near event’ occurred due to the concern raised by the British Association of Perinatal Medicine (BAPM). Waveform capnography is not a standard of care in intubated neonates partly due to uncuff ET tubes. In contrast to the cuff ET tube, the expiration of CO2 usually occurs along the side of uncuff tube and not through it, making the detection of ETCO2 difficult. Administration of surfactant in preterm neonates could obstruct the outflow of CO2. Therefore initial flat capnography is commonly seen in neonates and can be misinterpreted as displacement. Both the RCUK Newborn Life Support (NLS)(4) and Advanced Resuscitation of the Newborn Infant (ARNI)(5) courses currently recommend ETCO2 detection rather than waveform capnography. An updated version is due to be published soon.

In summary, the association between capnography and ET tube placement may sound complex, yet it does not contradict the simple slogan of ‘No trace = wrong place’ because awareness of this often leads to timely correction of mistakes that can save lives and change patient’s outcome entirely.