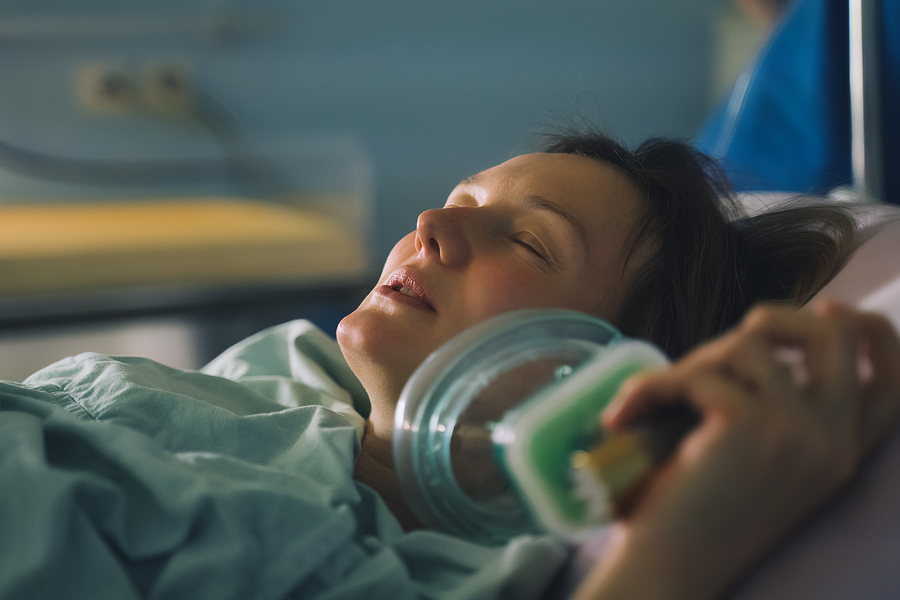 In the European Union, including 28 countries, the number of live births has remained fairly constant, between 5.2 – 5.4 million each year, 2010-2012 (1). Of these, approximately 20-30% of all babies are born by caesarean delivery where spinal or general anaesthesia is the routine in most countries. In the Nordic countries with universal health care for all, we estimated that on average, 32% of all mothers (both primi- and multi-para) received epidural analgesia (2). Therefore, and if the trend is similar in the rest of Europe, we have estimated that approximately 1 million parturients will receive epidurals during labour. One major risk of epidural analgesia (EDA) is accidental dural puncture (ADP). In 52% of patients, this leads to post-dural puncture headache (3), typically described as postural and aggravated in the sitting position. We have previously found that approximately 1% of mothers receiving an EDA during labour had an accidental dural puncture (2). If translated into a European perspective, this means that an estimated 10,000 parturients (1% of 1 million EDA inserted) each year in Europe have an accidental dural puncture during insertion of an epidural for pain relief during labour. In the Western world, with relatively free access to EDA during labour, the magnitude of this complication affecting otherwise healthy women is therefore extremely large.

Headache after ADP may be severe and often affects the interaction and early bonding between the newborn baby and the mother. The headaches are most often orthostatic which makes the patient bedridden, and are associated with symptoms such as nausea, vomiting, tinnitus and changes in hearing (4). The symptoms are thought to result from leakage of cerebrospinal fluid (CSF) following ADP, which in turn leads to reduced CSF volume and intracranial hypotension (5). These volume changes lead to traction of pain-sensitive intracranial structures. The diagnosis of PDPH remains symptom-based and subjective, and anaesthesiologists today treat patients on the basis of these clinical criteria of PDPH, Management methods for PDPH can be broadly divided into conservative or semi-invasive. Among others, the conservative treatment options include bed rest, caffeine and various pain medications. The most widely used semi-invasive method for the management of PDPH is the epidural blood patch (EBP) (6), but recently certain nerve blocks have been described though not adequately analysed. Paech et al. studied 121 patients and found that the optimal volume of blood injected during EBP should be about 20 ml for best results (7). However, EBP should not be applied sooner than 24 hours after the onset of accidental dural puncture, as the risk of failure is higher (8). About 60 – 70% of patients have partial relief of symptoms following an EBP and only 25 – 30% have complete relief (8), and require a further 1-2 EBPs to reach an efficacy of > 80% (8,9). Some patients may suffer from long-standing PDPH that is resistant to management. The reason why EBP is ineffective in some patients and leads to chronic disability in others remains unknown and is poorly studied. Additionally, significant complications have been described in some patients after application of EBP, and untreated PDPH can be associated with serious medical complications (9,10) or if there is a delay in treatment of PDPH (11). Patients who need more than one EBP have not been systematically studied in order to better understand the reasons for failure.

In a global context, and in view of the disabling symptoms, PDPH has enormous healthcare and economic consequences. Although some risk factors for ADP have been identified, clinical diagnostic criteria established, and management strategies including EBP used commonly, most of the results are based on studies with only a small number of patients.

EPiMAP was planned as a large observational study to better understand the epidemiology, diagnosis, and management of this rare complication of epidural analgesia in the obstetric population, as well as to identify reasons for the failure of the epidural blood patch. Interventional studies that can lead to better management strategies for mothers can then be planned in the future. The first part of the study is now published (12).

EPiMAP Obstetrics was a prospective, multicentre, observational study to investigate practices in the management of accidental dural puncture (ADP) during obstetric epidural anaesthesia and analgesia in Europe. This includes patients with documented ADP and PDPH or those presenting with classical symptoms and signs of post-dural puncture headache (PDPH) when ADP was not documented. No intervention was planned and therefore it was a pragmatic study on current international trends and practices. Apart from standardised data acquisition, no specific interventions were performed. For the purpose of data collection and to study epidemiology as well as management of ADP, all patients were followed up for a minimum period of 7 days – 3 months after confirmation of PDPH.

Although > 1100 patients were included, for several reasons > 100 patients were excluded leaving a total of 1001 from 24 countries that were finally analysed. EBP was used in 647 (64.6%) and no-EBP (conservative management) in 354 (35.4%). Higher initial headache intensity led to greater use of EBP. Headache intensity declined sharply at 4 h after EBP but 127 (19.3%) patients received a second EBP and 7 received a third EBP. On average, no or mild headache (NRS 0 – 3) was observed seven days after diagnosis in both groups. The following factors were independently associated with a greater chance of receiving an EBP: pain intensity at diagnosis, 17 G epidural needle, auditory symptoms and multiparity. Factors independently associated with a greater chance of not receiving an EBP were the use of air as the medium for detecting loss of resistance, a catheter placed intrathecally after ADP and a previous history of PDPH. The median (IQR) time from epidural insertion to EBP was 68.4 (47.7 – 96.8) h and from PDPH diagnosis to EBP was 24.2 (4.8 – 48.2) h.   The intensity of headache decreased significantly from PDPH diagnosis to 4 h after application of the EBP (mean 8.0 vs. 1.5, p<0.001). PDPH with only a minimal orthostatic component was reported by a total of 6.4% of patients. Sphenopalatine and/or occipital nerve block was performed in 3.3% of patients. Intracranial bleeding was diagnosed in three patients (0.46%), and persistent backache and headache (NRS ≥ 3) were significantly more common at three months in the EBP group, as was the use of analgesics.

Approximately two-thirds of the patients received an EBP for management of severe PDPH, while the others had conservative treatments, including regional blocks. A greater intensity of headache favoured the use of EBP by physicians and the use of intrathecal catheter at the time of ADP favoured the conservative approach. Patients treated with EBP had a rapid and significant relief of symptoms, but about one in five patients required a second EBP. With few exceptions, almost all patients had only a mild headache at 7 days. Backache, headache and the use of analgesics were more common in the EBP group at 3 months. Intra-cranial bleeding occurred in 3 patients and, although rare, should be a differential diagnosis in non-resolving headaches. The precise reasons and risk factors for failure of the epidural blood patch will be described in EPiMAP II.

Read More of our special newsletter covering our virtual congress.