It is a long, too long time since I attended my first scientific convention. I was then a young resident, and my first official contact with very respectable personalities of my speciality had a tremendous impact on my future career.

For the first time, I understood that medicine may be more than just an intellectual profession, and included the fourth field of activity, after those three very well known: patient management, research and education: the one of lecturing and presenting important data to other people, mainly to those who were not part of your usual circle.

This new-for me- facet was a very interesting one.

The lectures were almost all up-to-date, including data from studies in which the results have not been published yet. At that time the need for presenting them in a convention framework was clear: the long time between the end of the study and the probable/possible publication and the difficult access to literature for most of my colleagues.

But besides this very important advantage of any scientific convention, congresses used to present three more interesting aspects.

The first one was that of having the possibility to meet people interested in the same professional field as you and to produce, on the spot, a relationship which not only once led to creating research teams, with people from different places of work and even from different countries or continents.

The second one was the social aspect of almost any congress, the possibility to meet people, to make new friends and establish a relationship which could overcome any obstacle, such as the geographical distance or language barrier. 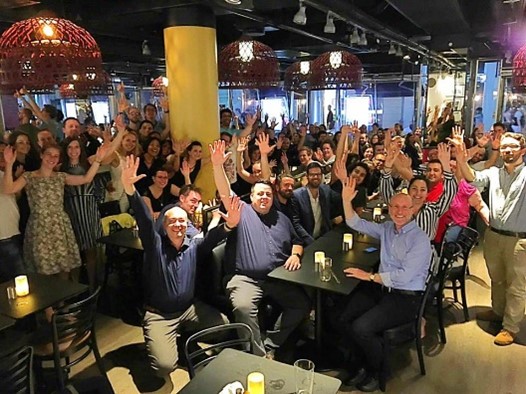 Finally, the touristic side. “Be a doctor, see the world”, we used to say. We would save every penny for that journey to a specific international congress, especially to a location never visited till that moment. There was no problem explaining how a specific congress attracted so many participants since the location was a famous touristic place, well worth visiting.

I vividly remember that European anaesthesia congress, held many years ago, for which 3000 hotel rooms have been reserved one year in advance since the venue was a very well touristic spot on the old continent.

Practically, all of the above disappeared in the last year.

The COVID19 pandemic created a completely new situation, a new reality, in which  “face-to-face “ mass gatherings have been wiped out from any professional or scientific agenda.

Each meeting became a real danger for the participants, and no recommended measure, in order to prevent the dissemination of the disease, was enough to convince both organisers and possible participants to attend the conference.

The definition of “mass gathering” also became a controversial subject. Some people tried to convince that if the event is held in a big city with a highly developed health system and lasts just a few hours, this conference should not be considered a “mass gathering” event. 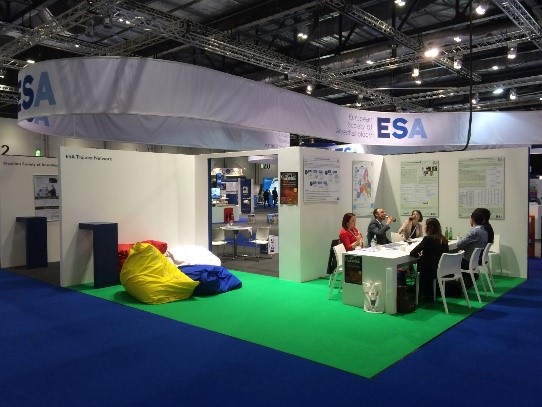 Even the World Health Organization (WHO) tried to minimalize the pandemic’s impact on the scientific convention fate. In one of its last year issues it recommended not to cancel conferences, but only to assess specifically the risk for each event, but reduce the magnitude of any mass gatherings in order to prevent the spreading of the disease.

In spite of this, the daily reality was completely different. Practically, the scientific conventions “face to face” have been eliminated from any future agenda.

The international community soon became aware of the fact that the primary way COVID 19 spreads is by person-to-person contact, which means that sharing the same air space and chatting with one another could be accompanied by a high risk of infection.

Meanwhile, other means of communication took the place of personal contacts.

The zoom conferences replaced the “classical” congresses. The new technology knows how to deal with the practical aspects of this kind of gatherings, assuring a proper presentation of slides, collecting questions from the audience and providing a quick answer to each of them.

Some simpler methods also include audio technology, fitted to smaller audiences and offering a proper framework mostly for discussions and less for formal presentations.

hose who share with you the same scientific interest, and smaller video events could take place with almost no technical difficulty.

In the last year, I was invited to attend some scientific events and present lectures attended by hundreds of participants. From the technical point of view each time everything went smooth, but one cannot forget the feelings of frustration, of not being able to see the audience, to assess the participants’ readiness to actively take part in the lecture, and especially to get convinced that your presentation did not produce a boring effect. 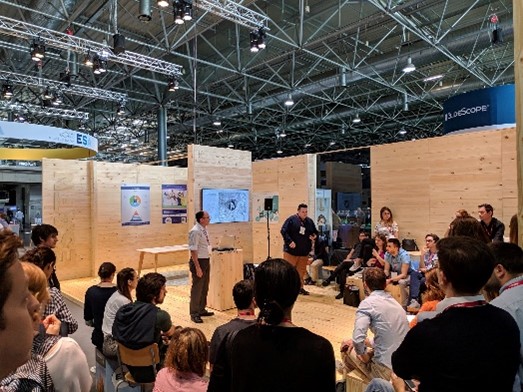 I was not the only one having this strange experience.

Many researchers say that in the past year they have been able to attend more meetings than ever before because of online portals. Of the readers who responded to Nature’s poll, 75% had attended multiple virtual meetings since last March, and another 18% had attended at least one.

But, interestingly enough, it seems that many of the usual “customers” to scientific congresses found the new systems as satisfying their needs. For instance, Nature did a survey on this topic and found out that the majority of survey respondents — 74% — thought that scientific meetings should continue to be virtual, or have a virtual component after the pandemic ends. Readers cited the ease of attending from anywhere in the world as a major perk, although they admitted that virtual events haven’t been able to simulate the networking with colleagues they enjoyed in person.

Some scientists have been excited by attending conferences that were previously impossible to join in person because of travel costs and logistics.

More than this, there were voices declaring that virtual platforms allowed them to attend meetings without compromising their clinical daily activity, teaching workload or responsibilities as the parent of small children.

Nevertheless, this situation is supposed to be a temporary one, and sooner or later we will be able to look to the future in a much more optimistic way.

So, the question which needs a proper answer is: what to do in order to come back to the old and successful organization of the scientific event?

As it was proved the last year, the virus is here to stay and one is obliged to find a way to cope with this rather disrupting situation.

I do hope that soon, towards the end of this year, the magnitude of the pandemics would be reduced in a measure that would permit the gradual return to the old habits. For instance, ESAIC is preparing its annual Euroanaesthesia in Munich, Germany, on December 17-19.

But this is not as simple as declaring the return of the “classical” form of congress.

Measures are to be taken in order to prevent the dissemination of the virus among the participants, even if, in the near future, the danger of the virus spreading would be substantially reduced.

Enough space for keeping the necessary distance one from the other would be a key element. Using masks could become an obligation for all the participants.

I have almost no doubt that social events accompanying any scientific event would be, at least for a certain period of time, restricted or even cancelled, as well as any touristic program which for many years became part of almost any congress.

One interesting question refers to the way a technical exhibition is to be organised in order to minimise the danger of cross-contamination.

But all of the above belong to a more or less distant future.

Our first and most important task is to go on fighting the disease, taking proper care of our patients (and of ourselves!), and for the time being, putting aside other aspects of our activity.

And still, I do miss our congresses, a lot! You too?!