> News > Newsletter July 2021: The medicolegal danger is always with us
Been read
267 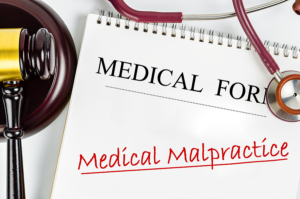 I am aware that the medicolegal aspects of the routine activity are different from one country to another since the judicial system is different.

Nevertheless, it is relatively easy to find some points which could be defined as the common denominator, regardless of where medicine is practised.

As a definition, medical practice is a combination of the standard of care (accepted by the medical community) and the medicolegal and ethical demands, meaning that the delivery of care is supposed to be offered in a safe way to avoid professional negligence.

In practice, the situation is not always satisfactory. In a paper published in 2011 (1) Jena et al reported that 75% of the physicians in “low risk” specialities and virtually 100% of those in “high-risk” specialities could expect to face a malpractice claim during their careers.

The focus is on our speciality

Anaesthesiology is, by all means, a “high-risk” speciality, and so, one of the most exposed to malpractice claims.

This is not new. It seems that the first coronial inquest into death under anaesthesia was held in the UK in the year of 1848 (3).

The list of explanations of this fact is a long one. Here are some of them, as they are discussed and presented in the literature.

Our speciality has a thin margin of security since it can be defined as a “temporary pharmacological intoxication”.

Our techniques, in many cases, deal with deprivation of protective reflexes. Much too often we are supposed to ensure the safe functioning of the airways, which sometimes could be a very difficult task.

We still use “blind” techniques and the development of ultrasound did not entirely solve all the problems related to this subject.

From time to time our patients are healthy, and in obstetrics, we take care of two healthy human beings, far away from being “patients”.

Finally, in many places of our continent the role of the anaesthesiologist in the management of the patient, before during and after surgery is not well known and understood, which means that he/she could be blamed for any mismanagement as a result of team malpractice. By definition, we have only a little interaction with the patient and his/her family, so much too often it is rather difficult to establish an atmosphere of confidence, so necessary for a mutual understanding.

All of the above is true, but one cannot forget the fact that, contrary to lingering public perceptions, modern general anaesthesia is very safe, with attributable mortality less than 1:100,000  (4,5).

But not only general anaesthesia could be implicated in a medicolegal case.

Also, regional anaesthesia could be involved in a medicolegal case, as Maltby and Kiuchi reported. Maltby et al (7) presented two cases of paraplegia after spinal anaesthesia, both patients being treated in the same British hospital in 1947. Kiuchi et al (8) investigated 23 cases of malpractice in Japan, all connected to spinal anaesthesia.

Why do we err?

Our errors could lead, in many cases, to a fatal outcome, and the human factor (fatigue, lack of concentration) in the etiology of professional error is crucial.

The fact that providing anaesthesia implies the use of complicated machines and devices is another factor implicated in errors and failures during any procedure.

Sherwin and Eisenkraft (9) reviewed in 2019 three anaesthesia machines failures that could be the cause of an accident on the operating table: failure to deliver oxygen, malfunction of volatile anaesthetic delivery and ventilator and breathing system malfunction.

Sleep disorders and chronic fatigue have been described as factors that could, at least partially, be incriminated in cases of anaesthesia mishaps.

The so-called “WHEN” syndrome (weekends, holidays, evenings, nights) could be easily found as responsible for anaesthesia accidents.

This is why, especially in our profession, the way from negligence to malpractice is only one step.

What can be done in order to minimise the damage?

This question is not new at all. Almost 50 years ago Aitkenhead (11) proposed a list of measures and initiatives recommended in order to reduce to a minimum the implication of anaesthesiologists in medicolegal cases.

He wrote about the role of continuous education, which would include simulation, the widespread use of monitoring during anaesthesia and related procedures, the establishment of standards of care for all our fields of activity, and the creation of a system of reported critical incidents with the aim of discussing and drawing conclusions for the practitioner.

Another very important aspect, related to what is called “defensive medicine” (in the good sense of the word!) is the institution of informed consent for every single anaesthetic procedure.

In 2003 White and Baldwin (5) proposed to consider a special consent for anaesthesia, completely separated from that obtained by the surgeon.

Yentis et al (12) recommended that: “information about anaesthesia and its associated risks should be provided to patients as early as possible, preferably in the form of an evidence-based online resource or leaflet that the patient can keep for future reference”.

In 2002 we published a paper (13)  in which we discussed the danger of accidental awareness during general anaesthesia (AGA) and the role of a detailed and specific pre-operative informed consent which: “might substantially reduce the magnitude of repercussions of AGA among high-risk patients to develop this anaesthetic complication”.

The role of the autopsy was also discussed in the literature, which presented contradictory aspects of this tool in clarifying the cause of death.

For instance, some studies described the difficulties in obtaining a clear post mortem diagnosis, which might explain the cause of death. Pathologists are reluctant to perform autopsies, the number of autopsies declines all the time (14), and “such an environment may also encourage assigning a cause of death to any grossly apparent pathology without critically examining whether or not the pathology actually contributed to death” (15).

On the other side, the autopsy could uncover comorbidities, which might contribute to finding the cause of death, and thus absolving the anaesthesiologist of any guilt.

I am of an opinion that creating, in every country, an initiative similar to that of the American Society of Anesthesiologists Closed Claim project could offer a possibility to understand the structure, the causes and the circumstances of the adverse anaesthetic outcomes, and thus assisting each individual professional in his/her efforts to prevent fatal accidents during anaesthesia.

As Kent et al underlined: reviews of claims files increase our knowledge of specific anesthesia hazards and prime anesthesia providers for the enhanced state of situational awareness that can help them to avoid these hazards…..” (6).

Anaesthesia is a profession that temporarily jeopardises the patient’s homeostasis. This is why we are more prone than other professionals to be accused of negligence. This is why each of us ( and each of our professional organisations), is obliged to take all the necessary steps in order not only to prevent untoward effects of anaesthesia but also to defend the anaesthesia provider by offering him/her legal counselling and advice.

My own advice, after more than 55 years of daily practice in the field of anaesthesia and critical care refers to what each of us, in every single case is supposed to consider before taking any clinical decision:

It is important to be human and compassionate with each patient and his/her family and explain everything before, and also offer explanations after.

And the last one: do not forget what Edward Shorter, a Harvard-trained social historian and a professor of Medicine, wrote: “The malpractice suits are the effect of the disintegration between the patient, his family and the doctor”.