> News > Newsletter January 2023: Hand in hand-anaesthesia and antisepsis – a historical perspective
Been read
211 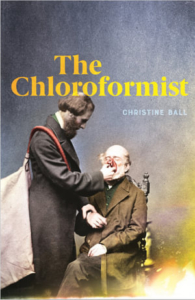 The fact that in the last few years, I am increasingly interested in the history of my speciality is easily understandable: the ageing process implies too often the need to look into the past and try to understand things which, by that time, have not been evident and apparent.

One of the questions about the history of anaesthesia is what happened after that memorable day of the 16th of Oct., 1846, when Bill Morton, at Massachusetts General Hospital, Boston, USA, administered ether to Mr Edward Gilbert Abbott for removal of a tumour, the surgeon being John Collins Warren.

To be more precise, how do things develop in that country, which is still considered the motherland of modern anaesthesia?
The most reliable source of information on this subject was, for a long time, the 12-flash history of anaesthesia, published by the late Prof. George Litarczek in this Newsletter some ten years ago. Here is a paragraph from the flash nr.5, January 2014:

Morton’s demonstration can be considered a big bang for our speciality. First, it expanded extremely rapidly all over the world. In a few weeks, it reached Europe. It was immediately adopted in many countries, starting with Britain where Bigelow from Boston, who witnessed Morton’s demonstration, brought the news to England first by writing a letter to Francis Boot which reached him on the 17th of Dec. 1847, and who, the next day contacted Liston and later by moving to England himself.

From that point, no mention of new developments in the USA till the beginning of the last century: the classical pharyngeal airway introduced by Hewitt in 1908 in a shorter oral version not reaching the pharynx, and later the actual oro-pharyngeal airway at the Mayo Clinics in Rochester, MN, USA, and known as the Mayo airway which Lumbard modified in 1915 (Litarczek, Flash nr. 7, October 2014).
In other words, is that right that everything after Morton took place in Europe?
We had some data about nitrous oxide, chloroform, and of course, ether in England and then in France, but those data needed to be more complete.
The apparent gap in my knowledge was filled up when I read Christine Ball’s excellent book “The conformist” published in 2021.
Dr Ball, an Australian anaesthesiologist, worked very hard to reach all the necessary information about the development of our speciality during the second half of the 19th century.
The book is a complete review of the introduction of general anaesthesia in the United Kingdom and, later, in France.
Its hero is Joseph Thomas Clover (1825-1882), who worked as a surgeon in London during that period. He abandoned surgery and became the main promotor of general anaesthesia in Great Britain, alongside John Snow, mainly known for his “chloroform a la reine” (anaesthetizing Queen Victoria during one of her labours).
Until 1846 surgery was performed without anaesthesia, which is an impossible situation nowadays! Superficial surgery was done, and the best example is bladder stone extraction (through a perineal incision).
But this is not the most terrific thing that took place all those years and decades. Patients survived the surgery and ferocious pain, but most died a few days later from a dreadful infection!
During those years, mid-19th century, no surgeon could ever be confident that his patient would survive the surgery. The death rate from significant operations or limb amputation was more than 40%, in some places reaching a considerable percentage of 60%.
Once again, most of those who died survived the first days after surgery without anaesthesia but were killed by infection.
Gradually, anaesthesia and the fight against infection went together as partners for the sake of the success of the surgery.
Clover concluded that death under chloroform was a direct result of overdose, so he developed a two-way stopcock to connect the bag, full of chloroform, to the mask, which allowed the patient to breathe from the pack but, when needed, fresh air too.
It took a little while for Clover to discover ether’s advantages.
Ether was used in combination with nitrous oxide to prolong the anaesthetic effect. In addition, a new technique was developed, which involved a carrier gas from a cylinder, in this case, N2O, passing over the volatile liquid ether and absorbing some of the vapour. Using N2O as a first induction drug, Clover avoided the unpleasant effects of ether smell, and the patients stopped drooling and vomiting.
Clover also solved the problem of laryngospasm in cooperation with a surgeon, who made a small incision high up in the front of the patient’s neck through the cricothyroid membrane, and Clover pushed a thin metal tube through the hole. He also introduced the protocol for safe anaesthesia: fasting before surgery, removing the false teeth, preparing the equipment, checking the pulse and the pupils during anaesthesia, etc.
Towards the end of the 19th century, after Clover’s death, oxygen was added to the anaesthetic circuit, thus preventing hypoxia and cyanosis.
Thus we reached the last decades of the 19th century, and surgery benefitted from the tremendous advances of anaesthesia, but also due to the gradual introduction of asepsis and antisepsis in the daily practice.
And then the revolution started.
Names like Louis Pasteur, Joseph Lister and Robert Koch represented the vanguard of the fight against infection, and their ideas and discoveries have been bought to the operating rooms.
Lister (1827-1912) introduced carbolic acid (based on phenol) as an antiseptic on surgical wounds.
More and more, operating theatres started to be prepared for surgical interventions by filling the rooms with a haze of steam of an antiseptic solution. The operation field was scrubbed with soap and water and then washed with bichloride of mercury.
In 1847 Dr Ignaz Semmelweiss, a Hungarian physician introduced the hand washing policy before each birth delivery and any surgical procedure. Still, it was Robert Koch (the man who discovered the tubercle bacillus) who identified, years later, the staphylococcus as being responsible for would infections.
Eventually, towards the end of that century, most surgeons accepted the aseptic techniques, following Lister’s ideas of combining asepsis with antisepsis.
So, what made surgery a successful speciality and assured the positive outcome of surgical interventions was the parallel development of two completely different fields of medicine, anaesthesia and the fight against infection.
Hand in hand, the progress made in both directions allowed surgery to become more invasive, to introduce new techniques and eventually to offer solutions for any patient suffering from a condition which could be treated, cured or alleviated by a surgical procedure.
Today modern anaesthesia and the prevention of surgical infections are part of the daily routine.
But sometimes, it is good to remember those who did it start and to whom we have to be grateful for being able to offer a successful cure to our patients.

P.S. I strongly recommend our readers and members to find and read Christine Ball’s book. It would be an excellent opportunity to understand how things started in our speciality and to whom we should be thankful.
And more than this: “History is for human self-knowledge … the only clue to what man can do is what man has done. The value of history, then, is that it teaches us what man has done and thus what man is.” (Robert George Collingwood, English philosopher, 1889-1943).