> News > Newsletter January 2022: Editorial – Is anaesthesia mortality a source of stress for the anaesthesiologist?
Been read
580
Replies 3

A tragic event took place in the operating room. A very sick patient, who just passed a complicated emergent surgery, developed a massive haemorrhage which led to disseminated intravascular coagulation and the patient then died because of massive blood loss. 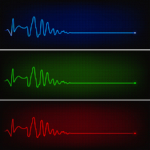 The family was informed, the complication details have been inserted in the chart and the case was discussed at the next morning rounds.

Could this be end of the story?What about the impact such a case could have on the anaesthesiologist’s mental health?

Or could this case be an incentive for a lawyer to try to bring it to a court? Is the anaesthesiologist psychologically prepared for such an outcome?

Anaesthesia mortality is a fact, even nowadays, when the modern technology, safer drugs and comprehensive guidelines, all contribute to a continuous decrease in the number of anaesthesia-related deaths.

Once upon a time Sir Robert Macintosh, a famous pioneer of our specialty, declared that “there should be no deaths due to anaesthesia” (1). At that time death related to anaesthesia was a tragic event frequently encountered in the operating rooms, in spite of the fact that surgeons and anaesthesiologists tried (and usually succeeded) to avoid operating patients with a high risk for complications, such as old age, serious comorbidity, etc.

Anaesthesia was defined as a temporary pharmacological intoxication, and the late Isaac Azar, a distinguished American anaesthesiologist, in 1986, used a “dramatic” definition of our profession: “we take a patient who is awake, breathing normally and having a normal blood pressure, and in a few seconds we render him apneic, unconscious and hemodynamically instable. And then we will never know if we will be able to reestablish his or her vital signs or to find the best way to maintain the airways free” (2).

Today things changed completely. First, all anaesthetic procedures are much safer and precise than tens of years ago. Secondly, I am not aware of any absolute contraindication of operating a patient, even if his/her medical condition, problematic or even serious, could jeopardize his/her life.

Pedersen et al (3) studied the mortality rate produced or related to anaesthesia. A total of 7306 anaesthetised patients undergoing abdominal, urological, gynaecological, or orthopaedic surgery were included in their study. Of these, 0.05% (1:1800) died during anaesthesia, 0.1% (1:730) during the recovery period, and the overall mortality rate in hospital was 1.2% (1:81). They found out that the main factors which could influence anaesthesia mortality and morbidity were: age; patients with history of chronic heart disease, and renal disease; emergency surgery; and the type of operation.

Gottschalk and his team (1) mentioned the fact that as of today anaesthesia-related mortality in patients without relevant systemic disease is low, at 0.4/100,000. However, an increase in death rates was observed in patients

with relevant comorbidities (ASA III: 27/100 000 and ASA IV: 55/100 000). It is obvious, they went on, that most deaths occurred in the elderly (70 years of age or older) and were unavoidable due to progression of the presenting condition, such as advanced cancer, or co-existing diseases such as cardiopulmonary or renal failure.Age and comorbidity have been included in the list of factors which could lead to mortality because of anaesthesia (4).

So, even today we are facing the danger of what is called anaesthesia-related or anaesthesia-associated mortality, and this is a fact of our routine activity in the operating room.

The question which must be asked is the following one: does this situation could affect the level of professional stress of the anaesthesia practitioner?

A search in the literature produced an unexpected answer.

Many studies and review articles referred to the professional stress of the anaesthesiologist, enumerating the factors which could generate or contribute to this psychological condition.

And Attri (4) considered that the stressed anaesthesiologist was more liable to making more fatal errors and could be subjected to greater psychological stress if intraoperative death occurs.

Attri also mentioned the fact that cardiac arrest in an operation theatre is reversible in only 90% cases and time is a very important factor. Needless to say, this percentage could put a very serious psychological burden on the anaesthesiologist in charge with a patient who developed a cardiac arrest, but this possibility is not mentioned in the paper.

How can we explain the fact that till today nobody tried to study the influence of death on the operating table on the psychological condition of the anaesthesia practitioner?

I am aware of the difficulties to study this possible relationship, mainly finding the adequate instruments for quantifying it.But at least one simple thing could be done, such as distributing a well constructed questionnaire among our colleagues, asking each of them about fatal cases in their career and the possible influence such a tragic situation had on their mental and psychological condition.

I am of an opinion that such a survey is to be done in more than one country. It has to take into consideration differences in current practice in various parts of the continent, the age and clinical experience of those questioned, but also the moral support the involved physician received (or not!) from the surrounding colleagues and the hospital administration.

Who is able to answer this challenging question?

Could be this subject a challenge for our young peers?

Could this topic interest our organization?

These are questions which are waiting for an answer.

gabriel gurman
Gabriel M.Gurman, Chief Editor The translation of Dr. Almonte's comment: Who is able to answer this challenging question? Can this issue be a challenge for our young colleagues? Could this topic be of interest to our organization? These are questions that are waiting for an answer. In my opinion, I consider that it is a very important and interesting topic for us as Anesthesiology specialists and the creation of this research must be global due to the interest it arouses and above all so that it is studied in depth and has how to create a project or program to assist our staff who have been faced with such a difficult situation as the one outlined in this article
8 days ago
Elena
This topic is very important. anesthesia-related or anesthesia-associated mortality has a significant impact on the emotional state of the anesthesiologist of any age and experience, both from a moral and legal point of view. The influence of such a situation on the further work of the anesthesiologist should certainly be assessed in order to decide on the need for his rehabilitation.
20 days ago
Dr. Enildo Benjamín Rosario Almonte
Quién es capaz de responder a esta desafiante pregunta? ¿Puede ser este tema un reto para nuestros jóvenes compañeros? ¿Podría este tema interesar a nuestra organización? Estas son preguntas que están esperando una respuesta. En mi opinión considero que es un tema muy importante e interesante para nosotros cómo especialistas de la Anestesiólogia y la creación de esta investigación debe ser global por el interés que suscita y sobre todo para que sea estudiado a profundidad y se tenga como crear un proyecto o programa para asistir a ese personal nuestro que se ha visto ante tan difícil situación como la planteada en éste artículo.
21 days ago