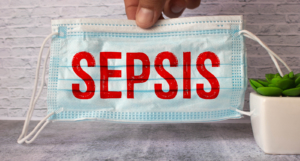 Be Part of the European Sepsis Care Survey Study Group*

Your contribution will be crucial for the success of this project of more than 20 European countries. Already registered participants can be viewed here:

The objective of this survey is to investigate the current state of sepsis care around Europe, analysing procedures and protocols, quality improvement programs and quality indicators. The study will survey emergency departments, wards, intensive care units, clinical diagnostic and microbiological services.

No patient data are collected.
Conclusions about individual hospitals will not be drawn and not published.

We will send you a personal invitation by email.

We need your support to make this project huge and successful!

The European Sepsis Care Survey is official endorsed by

The European Sepsis Alliance’s mission is to fight sepsis in Europe. We are committed to changing how sepsis is prioritised, diagnosed, and treated within Europe as laid out by the WHO Resolution on Sepsis.

Sepsis is the dysregulated body’s response to most infectious diseases worldwide, including COVID-19. If not recognised early and treated promptly, it may lead to shock and multi-organ failure. With about 50 million cases and 11 million deaths worldwide per year, sepsis accounts for one in five global deaths. In Europe, sepsis accounts for around 3,4 million cases and almost 700.000 deaths yearly, the majority of which are preventable. However, we believe that this is an underestimate because the lack of accurate data collection and reporting remains one of the main problems in the management of sepsis.