Many years ago, as a young specialist in anaesthesiology and critical care, I was asked to anaesthetise a 70-year old patient who, just half an hour earlier, was driving a car when he felt a crucial pain in his chest and his car got stuck in a tree. His right leg was hurt and an X-ray diagnosed a hip dislocation which needed to be repositioned.

The patient suffered excruciated pain, and the orthopaedic surgeon decided not to waste tim. The only thing I could do was to ask the patient when was his last meal. 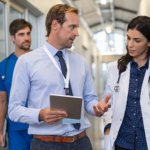 I sedated him for that short procedure, he recovered after a few minutes and was transferred to a recovery room. A routine ECG showed changes compatible with an acute myocardial infarction!

In other words, I anaesthetised a patient who was in danger of developing cardiogenic shock, but I did nothing in order to better understand his cardiac condition, nor to prevent a dreadful complication.

I was advised to publish the case since the general opinion in my department was that this would be the first case report on this special clinical situation. The case was refused for publication, but it was discussed in the department, and practical conclusions have been drawn regarding the correct approach in similar cases.

That was the first time I realised the fact that even a single case could have a scientific and/or practical importance for the clinician.

That rather strange conclusion was in contrast to what I was taught during my medical studies, that one never can generalise a case, and that for obtaining viable results one is supposed to study a large homogenous group of patients and use statistical analysis in order to reach a significant result.

Many years later I read the story of Anna O, the famous patient treated more than a century ago by not less famous psychiatrists Breuer and Freud. Bertha Pappenheim (a.k.a. Anna O) complained of a series of symptoms that began when her father suddenly fell seriously ill. She was treated by light hypnosis and partially recovered, and her case is considered as marking the beginning of psychoanalysis.

Her case history, under the pseudonym Anna O., was described in Studies on Hysteria (‘Studien über Hysterie‘) in 1895, which Breuer published together with Freud. She was presented as the first case in which it was possible to “thoroughly investigate” hysteria and cause its symptoms to disappear, and Freud described her as the “actual founder of the psychoanalytic approach”.

It seems that besides large scientific studies, based on comparative groups of patients and offering significant statistical results, there is plenty of room for publishing single cases, in which one or more clinical elements are presented and discussed for the first time, and which could be taught and used in clinical practice.

I am aware of the fact that sometimes the sentence: “I had a case……” expressed during the morning rounds, or during an afternoon clinical meeting, still could be encountered with a big question mark. We are used and encouraged to mention and discuss only published studies based on large cohorts of patients and tend to minimalise the importance of a conclusion based on one isolated case.

I am of an opinion that this approach is superficial, and far from being beneficial.

Personal experience is as important as data found in textbooks.

Today, a patient is able to find comprehensive data on his/her disease on the internet, but it is the personal experience of the clinician who is supposed to take care of the patient. And much too often the physician’s clinical experience is based on only a few cases, if not on only one!

Our Newsletter encourages the readers and members of ESAIC to send us reports on interesting cases, which could bring some important data regarding a disease or a clinical situation encountered in the operating room, in a pain clinic, or in an intensive care unit.

Indeed, we are not a scientific journal, but the high number of clinicians who have direct access to our Newsletter justifies, in my opinion, the decision to make room for case reports and encourage our young colleagues to personally contribute to the part designated to clinical practice.

It is my hope that this editorial would open a discussion on the topic and also an increase in the number of clinical reports sent to us.

Alexandre Tarnopolsky
Perfect point, Prof. Gurman. I've just received a case report from a friend about his patient that had a Cardiac Arrest few minutes after induction and intubation. We are trying to understand possible causes and learn. After a bit more than a minute cardiac rhythm returned. Now she is awake and apparently with no disabilities.
5 months ago
Dr Parin Lalwani
Definetely case reports helps us in dealing with unique and rare cases where large scientific studies are not possible .I think as a clinician we often face diifficult and rare cases and at that point these case reports are a large help in improving patient outcomes and reduce mortality and morbidity.
6 months ago
Ella Abramovici
Thank you for this article. This is the Anesthesiology: Skating on a thin layer of ice
6 months ago
Juan Daniel charles
Interesant
6 months ago