> News > Newsletter February 2022: How do European Trainees prepare for the EDAIC?
Been read
430
Replies 2 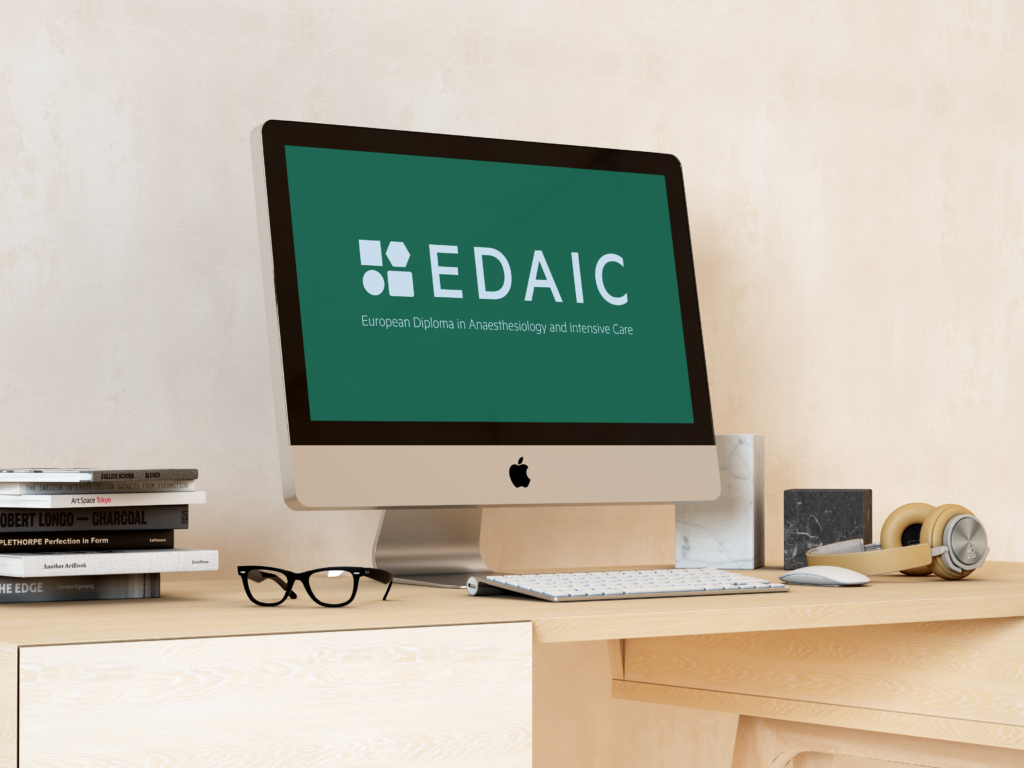 In several European countries, the EDAIC is part of the mandatory curriculum for the speciality, and in some other European countries, it is equivalent to the national diploma or has gained an official level of recognition (for example some countries grant learning credits required for the specialisation for passing EDAIC Part I and Part II). Some countries outside the European Union also recognize this diploma (e.g., the United Kingdom or Argentina).

However, the exam is not compulsory in all ESAIC member countries, and its preparation by trainees is usually done in parallel with the local and/or national education framework. So far as it involves studying the field of anaesthesia and intensive care, the training requirements are mostly equivalent despite different pathways for training and different courses. Additionally, there is a great difference in the training in terms of teaching methods depending on the country and city of residence of the trainees. This article aims to give an overview of the present modalities of preparation for EDAIC and the current expectations of trainees.

We created a survey which was made of 34 questions divided into 4 parts (general data, local/national supports, ESAIC Academy, preparation for EDAIC). We used a Google form (Mountain View, California, USA) which remains available online.

All trainees in training from the first year to their final year (over 6 years for some trainees) were able to answer the survey.

In this short survey, 51% of the trainees had not attempted either Part I or Part II of EDAIC.

From the 208 participants in our survey, 21.3% have failed Part I while 21% have passed only Part I. Focusing on Part II, 4.3% have passed both parts thus receiving the EDAIC and 1.9% have tried and failed Part II.

Trainees were asked about whether the exam would impact their future career in their opinion, 60% agreed, 10% disagreed, and 30% were not sure.

Regarding ESAIC – Academy, 83% of respondents were aware of the website, 83% were aware through the ESAIC mails and 15% through other web mediums. 56% used the ESAIC Academy, 55% of trainees watched the videos online and most trainees rated the videos as high quality or very high quality. The video classification was clear for roughly half of the respondents, and very clear for 13%.

Opinions about the current guidelines for the EDAIC were asked as well. A third of trainees found the guide clear, and 15,3% very clear. In contrast, about 20% did not find it sufficient. Almost all trainees would like to have a more detailed guide. Shortly before this article was published, an updated version of the “How to prepare” document was released on the ESAIC website.

We asked further questions about the current guide. 85% of respondents were aware of the recommended reading list for EDAIC in the guide. On the one hand, most trainees pointed out that there were too many books to choose from, and on the other hand, a few trainees stated the reading list was not detailed enough or there were not enough languages. Half of the trainees found a book completely suitable for them, another 43% found a book which was partially suitable for their preparation. 78% of trainees said their book was recommended in the reading list.

Regarding the BCSAC, the majority of trainees were aware of its existence, but 44% could not attend because it was too expensive for them and another third (36%) simply couldn’t attend. 77% of trainees would have to pay for courses such as the BCSAC with their funds.

In conclusion, some of the respondents felt that the methods of preparation for the EDAIC exam are still not as refined as they would have liked them to be, and trainees still need to figure out a lot on their own despite the large amount of information which is already available online.

Nevertheless, sometimes there isn’t one recipe that works for everyone. Each national society has its local organisation of theoretical and practical courses for training. The implementation of another level of training into the national structure is, therefore, quite complicated. Trainees in our field often already studied for more than 30 years presenting a long history of higher education in our profession, so many trainees know what works best for them. Setting a very rigid framework will probably not suit everyone.  The heterogeneity of the materials used allows everyone to have what suits them best.

However, we from the Trainees Committee support a pathway to pass the EDAIC. Together we can ensure that every trainee can master all the elements of our speciality and become a recognised European specialist in anaesthesiology and intensive care.

Zeev Goldik
Very interesting survey. Congratulations Zeev Goldik
6 months ago
Dr Aunel Mallier Peter
HI If we have a standard reference book for EDIAC Part 1 and Part 2 Mock examination Teaching available online It will be useful Past Question papers will be of much useful
6 months ago