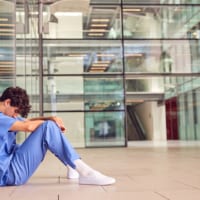 One of the stories which I would never forget was the one told to me by a good friend, a surgeon, who was trained for two years in one of the best known Toronto hospitals. It happened during the seventh decade of the last century. He had the position of chief resident for one full year, during which his visits home were so rare, that from time to time his wife used to bring their children to the hospital, to visit their father!

These times are long gone, but the high daily workload, especially for residents and young specialists, is still a reality.

This is not a secret for anybody: each hospital’s activity demands physicians’ presence all the time: the patients’ situation is not always stable enough, operating rooms usually work on a 24/7 system, emergency rooms continuously receive urgent cases and patients treated in intensive care units (ICU) are by definition unstable.

In some European countries, shifts are of 8 or 12 hours and do not exceed 24 hours, with the day off after the night on call.

But as far as I know, in most countries of our continent and most of our hospitals’ young anaesthesiologists work in 24-hour shifts, and in many cases, they are obliged to stay in the hospital extra hours after the night shift, mostly for transferring the patients to the morning staff. One may say that, in the current reality, this is the “normal” situation, and most of our younger colleagues are already accustomed to the system, many of them dreaming of becoming specialists and thus being obliged to cover fewer hours in the hospital.

But the following question is inevitable: does this current practice influence either the patient’s safety or the physician’s wellbeing, or both? 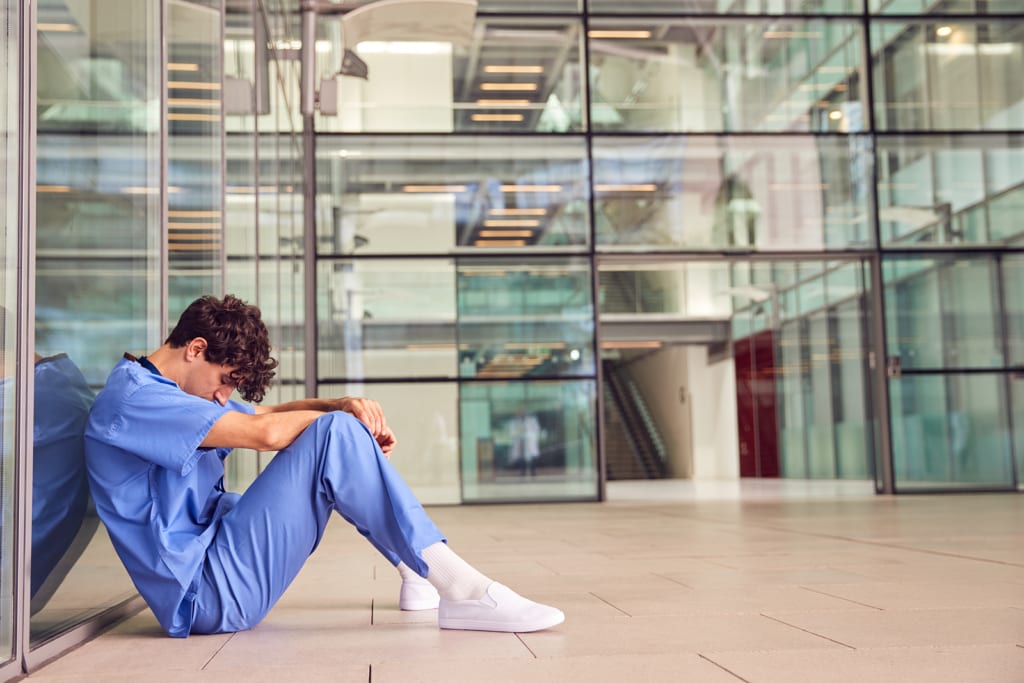 What does the literature say?

I must share with our readers my disappointment regarding the paucity of data in connection with the anaesthesiologist’s problems regarding the duration of work shifts.

The few articles dealing with this topic (1-3) mention the fact that a 24-hour working day has a negative impact on cognitive and psychomotor performance, but I did not find a word regarding the need for reduction of the duration of the working day.

More than this, Sinha et al (2), after describing the danger of fatigue of the average anaesthesiologist, proposes a list of measures to be taken in order to mend the situation and to improve the sleep quality of the clinician, but nothing about reducing the numbers of hours a practitioner performs every day.

So, most of the data come from other specialities, rather from our own.

Reviewing the literature one gets controversial answers to this important question.

A study published in 2014 (5) reported a significantly lower number of adenomatous polyps (24%) that were detected and removed by gastroenterologists who were sleep-deprived, in comparison with those who were not.

Levine et al. (6) published a paper about the impact of reducing shifts to 16 hours on resident’s wellbeing and patient’s safety. They reviewed 23 publications in this topic, all subjects being residents in surgery, obstetrics-gynaecology and internal medicine. The results showed a clear improvement in the resident’s quality of life, patient safety and quality of care.

Another publication studied the activity of 20 interns working in a medical ICU (7). They were divided into two subgroups: work shifts of 30 hours vs 16 hours. The authors reported a significant increase in the number of sleep hours/week and a decrease in the attentional failures in patient care.

Finally, Landrigan et al (8) studied the influence of extended shift hours to 24 or more (the “traditional schedule”), in comparison with a restricted number of work hours to 63 per week (the so-called “intervention schedule”).  The study involved 2203 patient-days (1294 during traditional schedule and 909 during interventional schedule) and the results showed that the extended shift hours were accompanied by significantly more decision errors, such as drug overdoses or wrong medication.

But this is only one side of the data published in the literature.

For example, Landrigan et al (9) studied the activity of residents on call in ICU. There were two groups of residents: those who worked in 16-hour shifts and those working 24 uninterrupted hours.  Their results showed that those working in a restricted schedule had significantly more decision errors than those working in a 24-hour shift! The explanation offered was a double one: an increase in the physician’s workload and increase in handoff frequency across sites (a topic discussed in one of the Newsletter editorials last year {10}).

Bolster and Rourke (11) reviewed the studies published between the years of 2010-2014, resulting in 27 papers which dealt with the impact of duty hour restrictions on patient safety, resident education and his/her wellness. Their conclusions implied that restricting working hours did not produce any improvement in patient care or resident’s wellbeing, but on the other side, had a negative impact on resident education (less exposure, less contact with senior colleagues, etc).

An interesting report (12) is that of Bilimoria et al. (2016). Their working hypothesis was that restriction of working hours for the young physician would have a negative impact, because of decrease in the continuity of care, frequency of handoff, the danger for the critically ill patient because of the resident ‘s obligation to leave the treatment at critical times, and also because of the decrease in the training process.  The survey covered 117 surgery programs, in which the resident (starting with his/her 2nd year of training) activity could be divided into two categories: one in which the 28-hour (24+4 hours for transition) duty period could be exceeded, and the second one in which the shift could not exceed 28 hours. Surprisingly enough, the authors found no difference in patient outcome, resident satisfaction or quality of education.

So, is any reason to change the current situation?

One thing is sure: prolonged working hours might have a negative impact on both physician wellbeing and patient safety. It seems that this is why in some countries the number of weekly working hours was fixed up and this includes the night and weekend shifts.

But one is supposed to take into consideration that there is a substantial difference between physician’s performance in different specialities, and using data from one speciality for another one could be deceptive.  Being on call in an emergency department or in an ICU implies much more active and tiring work than in, let’s say, a dermatology department. If this is the case, no system could be appropriate and fit for all the medical specialities.

Even in the same domain differences could be evident. The anaesthesiologist’s tasks during a night shift in an ICU could be much more difficult and demanding than that of his/her colleague on call in a not-too-busy operating room during nights and weekends.

If so, changes must take into consideration the specificity of each place of work.

Besides, one cannot deny the fact that a reduction in the number of working hours could make the physician’s work harder, and some studies propose that the decrease in the number of hours per shift should be accompanied by adding another physician, who can share the workload and responsibilities.

The American Institute of Medicine-IOM- (13) clearly indicates that “work hour reduction should not occur without an investment of resources to support adequate staffing and infrastructure”.

The same IOM (14) recommends that residents should work no more than 16 consecutive hours without sleep, and the American Accreditation Council for Graduate Medical Education (AACGME) introduced national regulations in 2003 (15) that limited residency duty periods to 80 hours per week, with minimum time off between shifts.

But no one should be surprised that in many places of work in the medical domain all these recommendations and regulations are not respected literally. Usually, the victim of this kind of disdain is the young resident.

I am not aware of any study dealing with this situation in Europe.

I can imagine that every country, and also each hospital might have its own regulations regarding the young physician’s workload. We are not speaking only about residents. In many places, senior physicians, too, are obliged to cover night shifts in the hospital.

If so, the situation is more general than one could expect.

I am wondering if a decision, taken by an appropriate continental forum, could solve the entire problem. The situation is so diverse all over Europe that regulations must cover, in the best case, specialities and/or hospitals having the same activity profile.

Needless to say, this article does not pretend to solve a situation which seems to be ubiquitous in today’s reality. It is our hope that the readers would react to this subject and describe in letters to the editor the situation in their own hospitals.

It is my belief that things would change, for better, in the near future.