This three-part session on the middle day of Euroanaesthesia tackled various aspects of the opioid crisis.

In her talk on the opioid-sparing effect of low-dose ketamine, Dr Marieke Niesters of Leiden University Medical Center, Netherlands, discussed how normally moderate to severe postoperative pain is, in current practice, predominantly treated by strong opioids. 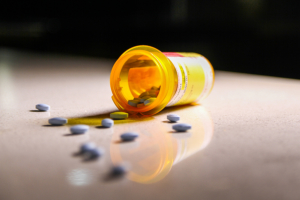 “Often these opioids are continued after discharge from the hospital and a significant number of patients continue to use these opioids even without the presence of post-surgical pain,” she explained.  “Ketamine is an NMDA-receptor antagonist mostly known for its anaesthetic properties. Besides its use as an anaesthetic drug, ketamine also has significant analgesic properties for the treatment of predominantly acute pain.”

A talk on the opioid-sparing effect of Lidocaine infusion was given by Professor Markus Hollmann of Amsterdam University Medical Center, Netherlands.

Professor Hollman explained that lidocaine is known for its blockade of voltage-gated sodium channels leading to inhibition of impulse conduction and thereby its local antinociceptive and antiarrhythmic action. However, systemic effects independent of sodium channels, for example, its antiinflammatory activity, have also been described.

These so-called alternative effects occur, at times, at concentrations much lower than those required to block neuronal or cardiac sodium channels. Lidocaine acts on various channels (sodium, potassium and calcium channels) and receptors (G protein-coupled and ionotropic (e.g. NMDA) receptors). “Already bt 1951, Lidocaine’s systemic analgesic effects had been reported and numerous publications have confirmed the beneficial effects of lidocaine in perioperative pain management,” he explained.

More importantly, a preventative analgesic effect (postoperative pain reduction for longer than 5.5 times the half-life of lidocaine) was confirmed in 13 out of 16 studies. Numerous other reviews and meta-analyses supported the improvement of postoperative pain and a reduction in opioid consumption for lidocaine. However, this effect was more prominent in abdominal surgery and for some types of surgery (tonsillectomy, hip surgery, cardiac surgery) no effect of lidocaine has been shown. More recently a mild-to-moderate opioid-sparing effect of lidocaine in ambulatory surgery was reported.

Opioid sparing after surgery was also presented in this session, in a talk by Dr Lesley Colvin of the University of Dundee, UK.

barry l friedberg md
Postoperative pain is a function of intra-operative pain. 50 mg IV ketamine 2-3 minutes prior to incision prevents the patient's brain recognizing the surgeon's bodily invasion & precludes internal pain fibers going on 'high alert.' 1993, Hypnotic propofol levels prevent ketamine hallucinations. doi: 10.1097/00006534-199301000-00047 Absence of EMG spike c incision is prima facie evidence of NMDA receptor saturation & the beginning of opioid free anesthesia.
11 months ago
Lukas Brunner
This presentations do not contribute much to solve the problem that patients who got opioids for the initial painfull days continue this therapy later on for other reasons (basic wellbeeing etc), which becomes the base for a longtime dependency, BECAUSE they get this drugs to take home and are left without follow up visit by their general practitioner (or their surgeon), to supervise and adapt the stepping down of this initially useful and sometimes neccessary, but potentially harmfull therapy. THIS IS THE PROBLEM! Never prescribe opioids postoperatively whithout a plan for stepping down!
11 months ago