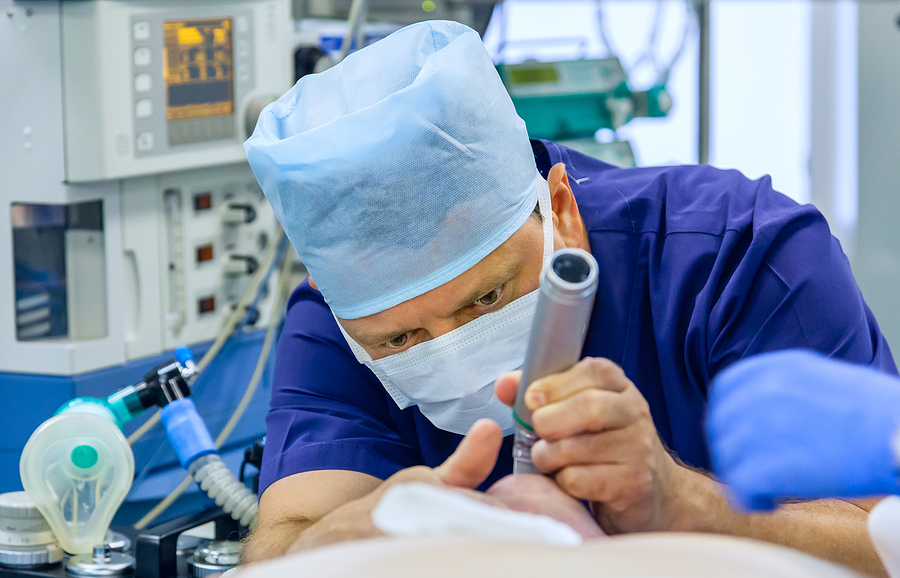 This pro-con debate on the middle day of this year’s virtual Euroanaesthesia was opened by Dr Imran Ahmad, Difficult Airway Society (DAS) Honorary Secretary, based at Guy’s and St Thomas’ NHS Trust, London, UK, who presented the ‘pro’ argument.

Rather than give his personal opinion, Dr Ahmad said he would let the ‘data do the talking’, presenting various studies including those analysing the incidence of difficult airways when the patient is asleep through a standard general anaesthetic. The published studies covered difficult face mask ventilation, difficult intubation, failed intubation, can’t intubate can’t oxygenate (CICO), front of neck airway (FONA) and death. He explained that if you have already predicted a difficult airway scenario and give the patient a GA, incidence of all these complications is much higher.

However, if these patients are managed awake, while failed intubation rates increase, incidence of CICO and FONA drop. However, the small increase in failed intubation is put into context by explaining that in awake patients this is usually managed without progression to CICO or FONA.

Despite these data, less than 1% of all intubations (0.2%) done in the UK are awake intubations, including in Dr Ahmad’s own hospital trust.  He asked: does this mean we are avoiding them? He analysed the 4th National Audit of the Royal College of Anaesthetists and the Difficult Airway Society (NAP4), that discusses multiple cases where patients could have benefited from awake intubation and because this was not performed, predictable complications arose. “The report recommended that all anaesthetic departments should have facilities and personnel to deliver awake intubation wherever possible,” said Dr Ahmad.

He discussed the general principle that if a difficult airway is predicted, then awake intubation should be the route taken. He also studied the reasons why more awake intubations are not done, in situations when they could be. “Some anaesthesiologists do not want to cause distress to an awake patient fully aware of what is happening, combined with lack of confidence due to not having performed awake intubations often enough,” explains Dr Ahmad. He also discusses a survey of DAS members showing around 1 in 14 (7%) admitting to avoiding performing an awake procedure even when indicated, with many respondents citing a lack of training or support.

He also presented video footage of an awake intubation he himself  performed nasally on a patient with a multitude of chronic health problems who had originally been due to have a general anaesthetic.

“ATI is underperformed, despite being the gold standard to access the predicted difficult airway,” he explained, and discussed DAS Guidelines he co-authored that say how and why to perform ATI, including provisions to postpone the procedure after three failed attempts, or switch to an awake FONA or higher risk GA if surgery must proceed. He concluded: “If you anticipate a difficult intubation then you must consider ATI.”

The con argument in the debate was given by Assistant Professor Daniela Godoroja, Lead Anaesthetist at Ponderas Academic Hospital, Bucharest, Romania.

She emphasized that pro-con might not be the best way to approach this subject, and stressed instead it is very important to plan when awake intubation is necessary, evaluate the tools and processes necessary for awake intubation, formulate a plan for your patient, and be ready to correct any problems/issues that may arise.

Prof Godoroja also referred to the advances using the video laryngoscope and how this is helping increase confidence among anaesthesiologists performing awake intubation, especially in patients such as those with morbid obesity. In terms of planning awake intubation, she stressed the need for adequate planning time, co-operation or ketamine-assisted cooperation of the patient, and a low risk of patient vomiting. Awake intubation can be safely carried out by either the oral or nasal route.

There are also contraindications to awake intubation, including non-compliance of the patient, inexperience of the anaesthesiologist, the patient having an allergy to local anaesthesia, or an upper airway tumour.

In her talk, Prof Godoroja discussed the advantages and disadvantages of various sedative techniques, and also potential sedation pitfalls. She says: “The safety of awake intubation relies on the maintenance of spontaneous breathing and the ability to stop and perform a different technique, such as awake tracheostomy, if intubation is unsuccessful. Oversedation can cause airway obstruction, respiratory depression or apnoea, resulting in significant morbidity or mortality, as highlighted by NAP4. It is also recommended that a second anaesthetist is responsible for administering and monitoring the effects of sedation.”

She concluded by saying the most important thing to focus on regarding awake intubation is being clear about any potential airway difficulties before the operation, and to be ready with solutions to potential problems.

Dr Abdul Ghaffar solangi
This was a nice presentation. We have now video laryngoscope wil proceed for awake intubation.
9 months ago